IRS warns only some can benefit from filing property taxes early 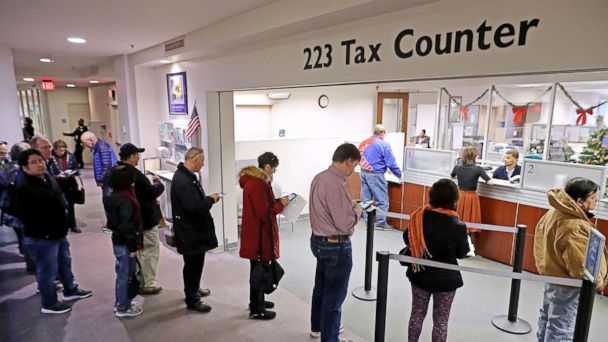 ABCNews
By MEGHAN KENEALLY
In the wake of the massive Republican overhaul of the tax code, filers in some states have been scrambling to submit their property taxes to take advantage of the dwindling deductions before year's end.

But the IRS is saying not so fast...at least for some.

The reason for the rush is that the new tax code limits the amount of state and local taxes that people can deduct on their federal returns. That is expected to cost some homeowners in high-tax states like New York and New Jersey thousands of dollars.

In a statement Wednesday, the IRS said that in order for deductions to be allowed on taxes that are paid in 2017 ahead of the 2018 deadline, the taxes must be assessed as well before the end of the year.

It's up to state and local laws to determine when taxes are assessed and billed, meaning that individual jurisdictions have the power over whether their residents will be able to take advantage of the deduction before the law changes.

The original version of the tax bill eliminated the deduction for state and local taxes, but Sen. Susan Collins, R-Maine, insisted on retaining a deduction on property taxes up to $10,000.

According to the Tax Foundation, the property tax deduction accounts for just over one-third of state and local taxes deducted in 2015, the most recent year for which data are available.

Many homeowners in jurisdictions in high-tax states like New York face property taxes that exceed $10,000 a year. Currently, you can deduct the entirety of your bill if you itemize deductions, according to Forbes.

New York Gov. Andrew Cuomo spoke to CNN this morning about the "devilish" removal of the state and local deductions in the tax law, calling it an "egregious" example of partisan politics.

"This tax provision hits the blue states by eliminating the state and local tax deduction ability and uses that money to finance the tax cut in the red states. This is the most partisan divisive legislation we've seen," Cuomo said on CNN's New Day.

Cuomo signed an executive order on Friday to allow residents to prepay their 2018 property tax, a move he said could help people to "postpone the pain" for the upcoming year.

Democrats aren't the only ones to have taken a stand against the removal of the deductions, with opposition against the tax changes based not on party lines but on property value.

The 12 Republicans who voted against the bill in the House of Representatives are from high-tax districts where the new limits on the state and local tax deduction are not popular.
Report a correction or typo
Related topics:
abc newsnational
Copyright © 2020 ABC News Internet Ventures.
More Videos
From CNN Newsource affiliates
TOP STORIES