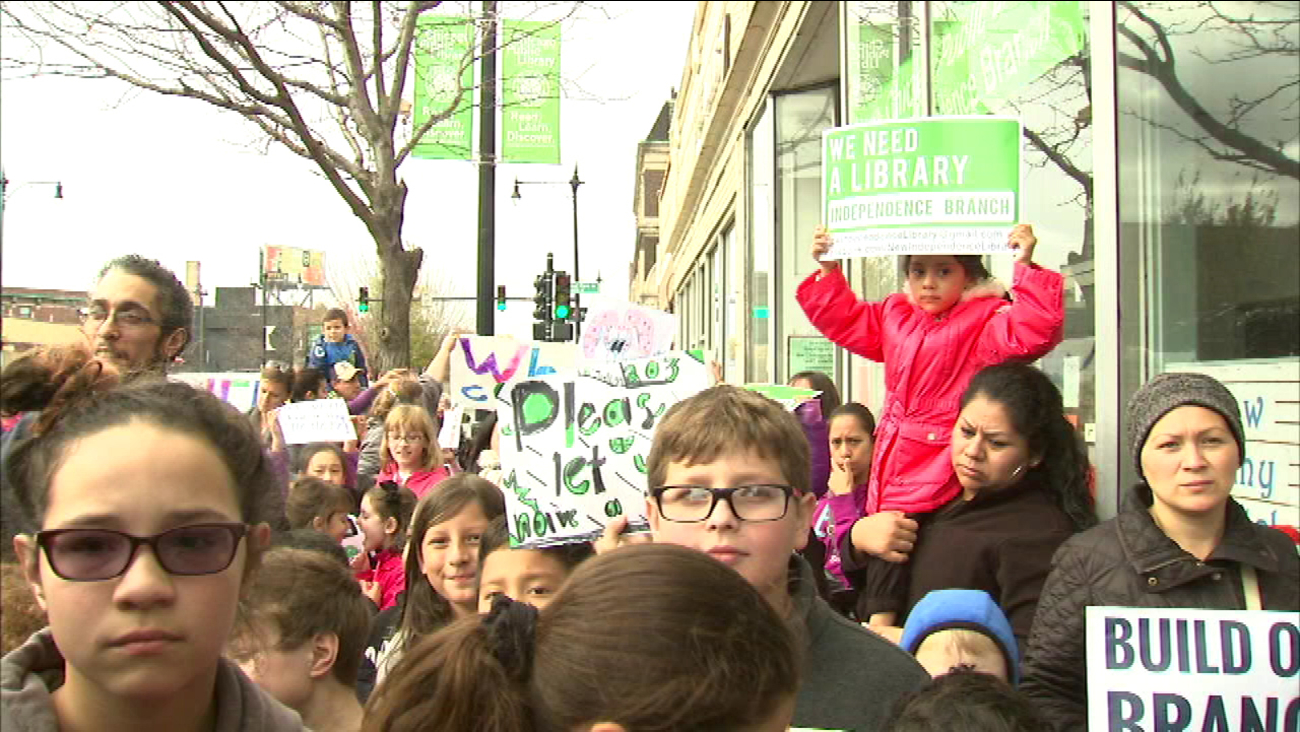 WLS
CHICAGO (WLS) -- Neighbors in Chicago's Irving Park neighborhood are asking the city to rebuild Independence Public Library, which was closed last week after it was destroyed in a massive fire.

Independence Public Library was closed after a 4-alarm fire in the Irving Park neighborhood last week.

The city has said it will reopen the library, but some want to do more.

A group gathered in front of the burned out structure at 3548 W. Irving Park Rd. to show their support for a new facility. They say the Independence branch is one of the most used in the city.

"For years, we've been asking for a new library. And while this was a tragedy, we see it as a great opportunity to, as they say 'rise from the ashes,' and let's give this community what it deserves," said Ald. Deb Mell, 33rd Ward.

Supporters said the library branch has a 126-year history in that neighborhood and has moved several times.