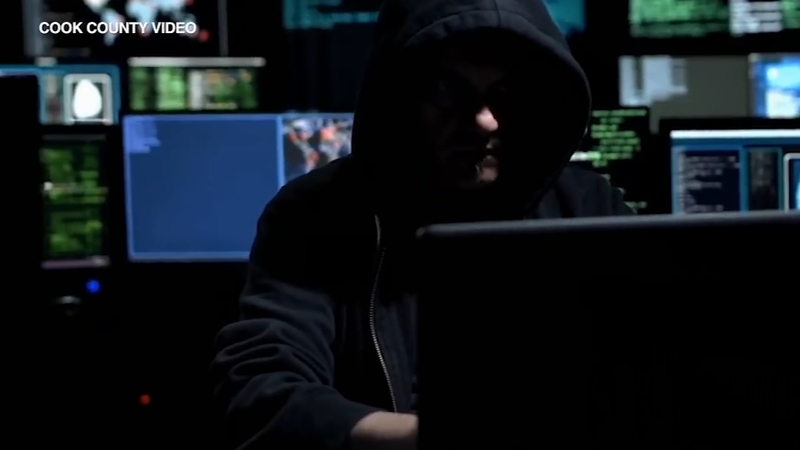 CHICAGO (WLS) -- On Election Day next month in Illinois, hundreds of National Guard troopers will be standing by for action.

If needed, they won't depend on rifles and bayonets but will be armed with laptops and IT expertise.

The unprecedented move comes after cyber attackers, believed to be Russians, hacked the official Illinois voter database before the 2016 presidential election.

Polling places and election headquarters in any of Illinois' 108 voting jurisdictions would become IT battlegrounds on Tuesday, Nov. 6 if there were to be another cyber attack.

The National Guard unit wouldn't look like the combat-ready troops sent to Chicago in the late '60s to quell urban violence. Next month, hundreds of troopers will be on standby with special training in election data warfare, aimed at responding to the kind of attack the state faced more than two years ago.

Investigators determined that Russian hackers were the likely culprits of that foreign assault. On Tuesday, Illinois election officials said they could have used such a rapid response team during the 2016 surprise attack on state voter data.

"In the two years since then we learned that the attack on the State Board of Elections was not an isolated incident by a lone actor but part of an extensive operation by the Russian government aimed at eroding voters' confidence in the American elections system nationwide," said Sandvoss.

Now officials say they are better prepared and pledge that the midterm vote will be securely counted even if there is an attack.

The 2016 hacking is now being described as an "intrusion" by state election officials. They say no voter records were altered and no election results were affected.