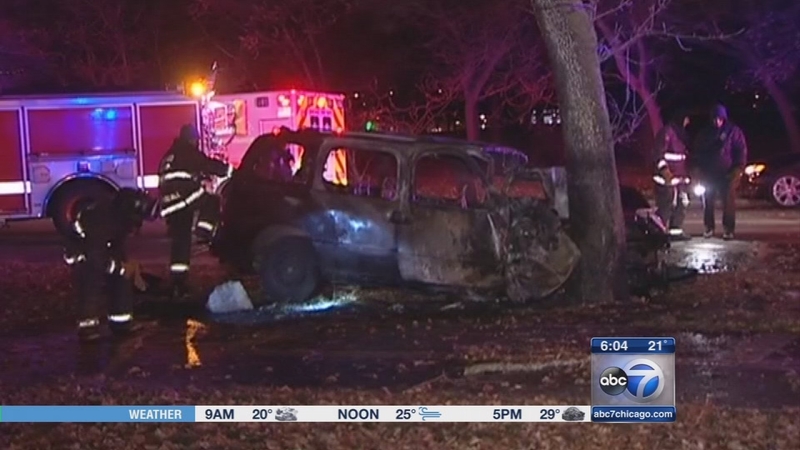 CHICAGO (WLS) -- Seven people, including five children under the age of 15, escaped a minivan that burst into flames after it crashed into a tree in Chicago's Jackson Park neighborhood.

Police said a 2001 Mercury Villager was traveling west on East Marquette Drive when the driver lost control and slammed into a tree near South Richards Drive around midnight.

The van caught fire and was gutted by the flames. But everyone was able to make it out alive before emergency crews arrived.

All seven were listed in critical condition, according to Fire Media Affairs. Police said the victims' injuries were not life-threatening.

Authorities are investigating the cause of the crash.