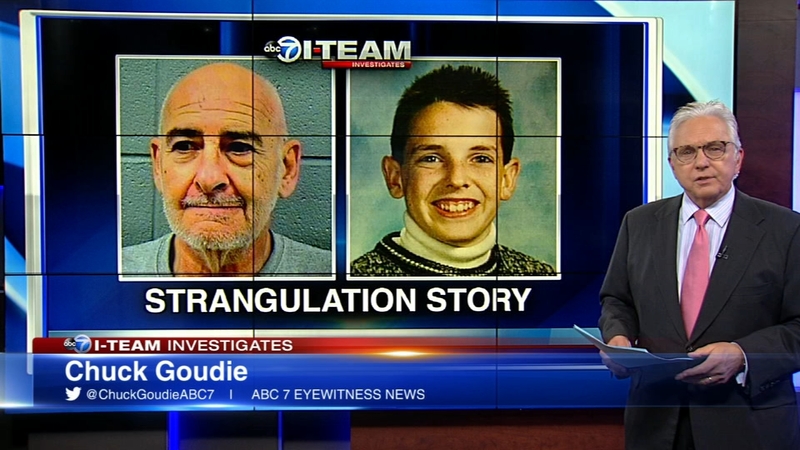 The Skokie teenager was found dead in a forest preserve near his home after disappearing on New Year's Day, 1992. Chereck had his own winter scarf double-knotted tightly around his neck.

In a Cook County courtroom on Wednesday, Serritella's 2014 cellmate Andre Williams recounted three conversations in which he says Serritella described forcing himself on the teenager. When rebuffed, Williams said Serritella said there was a fight and that he eventually killed the boy.

Chereck had gone out with friends to begin the New Year, meeting to play video games. Investigators say Serritella picked up Chereck in his car and drove him to Linne Woods in Morton Grove. That is where the teen's body was found on the second day of the new year.

The riveting testimony came on day three of Serritella's bench trial. For years it seemed that the boy's violent death would go unaddressed. It was a case marred by questionable police work, slow-moving Forest Preserve investigators and years of frustration for family members of the Skokie boy.

When the Forest Preserve police lost track of prime suspect Serritella in the mid-1990's, the I-Team found him on a Las Vegas street corner.
It was in a lengthy interview that the former Park Ridge man put himself right in the middle of the case-admitting he was there that fateful night, was among the last to see David Chereck alive and he even had his own version of how the killing would have been carried out.

Regardless, and in an incredibly slow turning of the wheels of justice, it took another 16 years for a Cook County cold case squad to step in and collate the evidence-finally scooping up suspect. Serritella in Los Angeles where he had moved.

The feeble accused killer, now 76, is on trial for first degree murder in the Skokie courthouse...in the neighborhood where the victim lived...and where he died.

Serritella's public defender has tried to diffuse testimony from the jailhouse snitch by laying it off as a criminal interested only in saving himself.

Judge Lauren Ededin is expected to hear closing arguments by Friday and then determine whether the state proved its case after all these years.