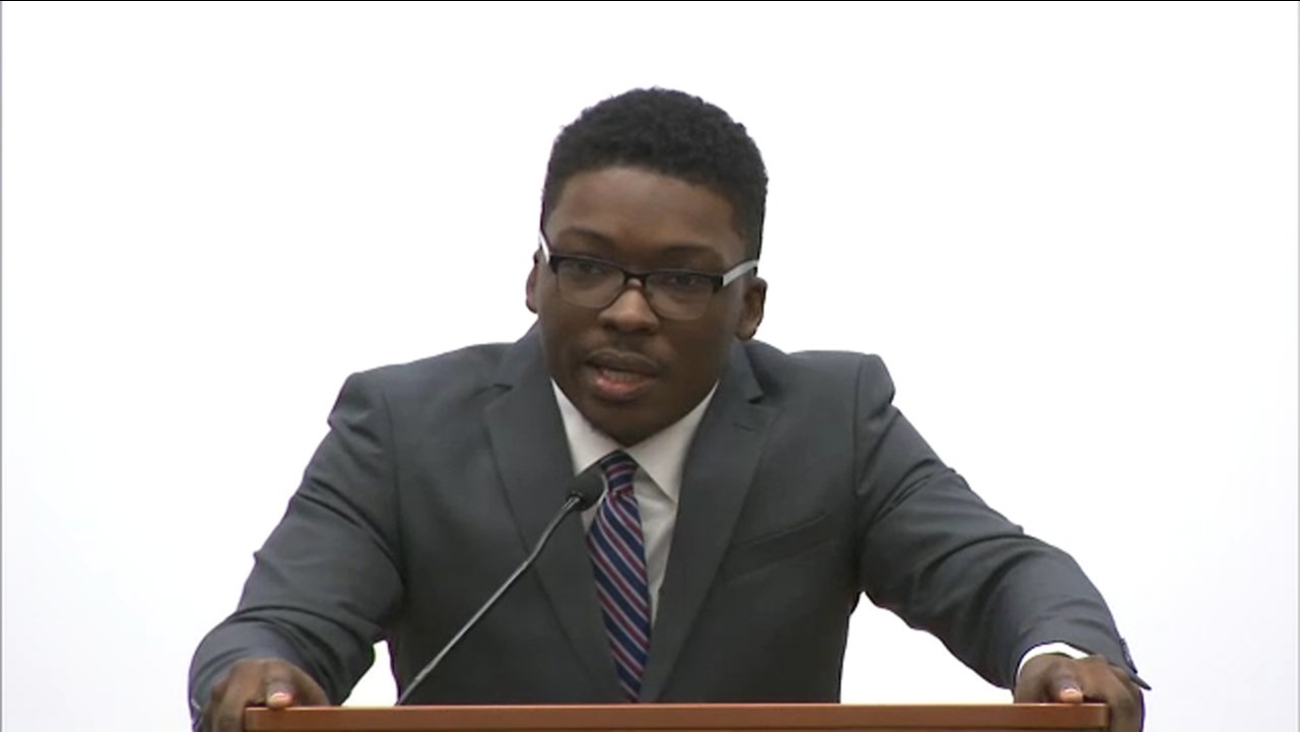 CHICAGO (WLS) -- Community activist Ja'mal Green launched his campaign for mayor of Chicago Wednesday, but not without some controversy.

The 22-year-old's announcement was temporarily halted when administrators at Roosevelt University cut his mic.

They said they thought Green was only speaking on the legacy of Harold Washington and didn't endorse his announcement.