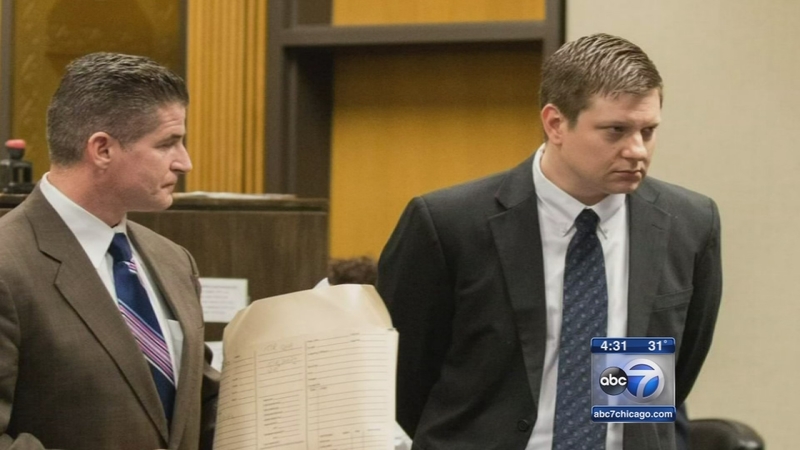 Van Dyke is charged with first-degree murder and official misconduct in the shooting death of McDonald, 17. His attorney says he is planning to ask that the trial be moved out of Cook County.

Van Dyke arrived at the courthouse just as any other defendant out on bond; only he was surrounded by media and protestors heckling him. His videotaped shooting of McDonald has been the subject of weeks of protests, leading to the ousting of former Police Supt. Garry McCarthy and calls for the mayor and state's attorney to resign.

It's an atmosphere his attorney says justifies moving the trial outside of Chicago.

"We intend to seek a change of venue outside the reach of the mayor's comments," said Dan Herbert, Van Dyke's attorney.

Mayor Emanuel has said on numerous occasions, including when the city released video of the shooting, that he believes Van Dyke was at fault.

Van Dyke's attorney says his request for a change of venue will likely come closer to the trial date.

Relatives of McDonald coincidentally say they would also like to see a change of venue, but for a different reason. They say they believe the legal system in the county is corrupt.

"We really feel like we can't get a fair trial in the County of Cook," said Marvin Hunter, McDonald's uncle.

Legal experts say it is a longshot at best. Changes of venue are incredibly rare.

"They didn't change the venue for Governor Blagojevich or Governor Ryan or for a number of other cases that everybody knew about," said Richard Kling, Chicago Kent law professor.

Van Dyke's actual court appearance Friday lasted exactly 19 seconds, though it was captured by a television camera in the courtroom.

It would be very expensive to move a trial like this out of the area. All of the principals involved in the case live in Chicago, so the state would have to pay travel and living expenses for nearly everyone involved for the duration of a trial in another county.