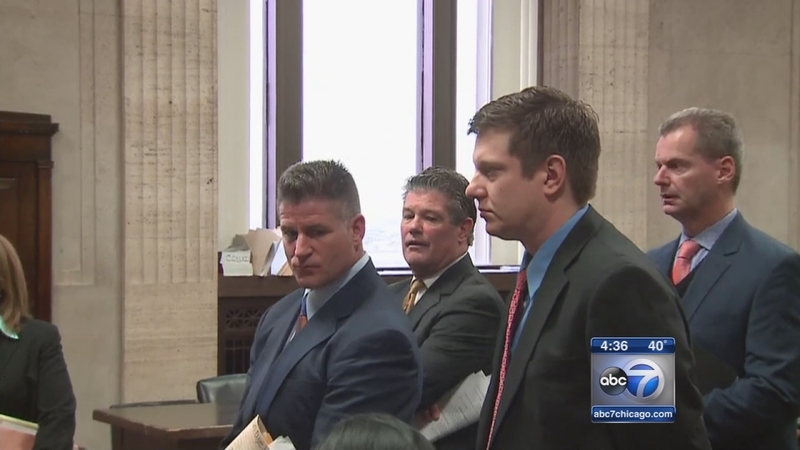 Lawyer asks for Jason Van Dyke to be excused from hearings

CHICAGO (WLS) -- Jason Van Dyke, the Chicago police officer charged in the shooting death of 17-year-old Laquan McDonald, wants to avoid the threats and abuse he faces every time he attends a court hearing.

If Defense Attorney Dan Herbert gets his way, Wednesday's status hearing could be the last time Van Dyke appears in court until his trial.

"We're still amazed at the appetite and the venom towards my client in this case, it's truly amazing. He remains public enemy number one," Herbert said.

Herbert says it's not safe for his client to come to court because of the threats of violence Van Dyke and his family receive every time he attends hearings.

"His father has been physically battered. They had their vehicle damaged," Herbert said.

Although Van Dyke left court Wednesday without incident, there have been several demonstrations outside the criminal courts building at 26th and California since the 37-year old police officer was charged with first-degree murder in McDonald's October 2014 killing.

Alvarez came under fire for waiting more than a year to charge Van Dyke, and it did so only hours before the court-ordered release of the dashcam video.

The defense motion to excuse the indicted officer from status hearings was filed with the court Wednesday, as Judge Vincent Gaughan considered two petitions filed by civil rights attorneys on behalf of a coalition of activists and Reverend Jesse Jackson. They want a special prosecutor to handle the case.

"The conflict is based on the FOPs close connection with Alvarez, as well as her propensity and record of not pursuing vigorously - or at all - police misconduct," said Flint Taylor, a civil rights attorney.

Cook County Judge Vincent Gaughan gave Alvarez's office until May 5 to respond to the petitions. After the hearing, Herbert said it didn't matter to him if Alvarez' office or a special prosecutor handles the case.

At this point, Van Dyke is expected to be at the next hearing.