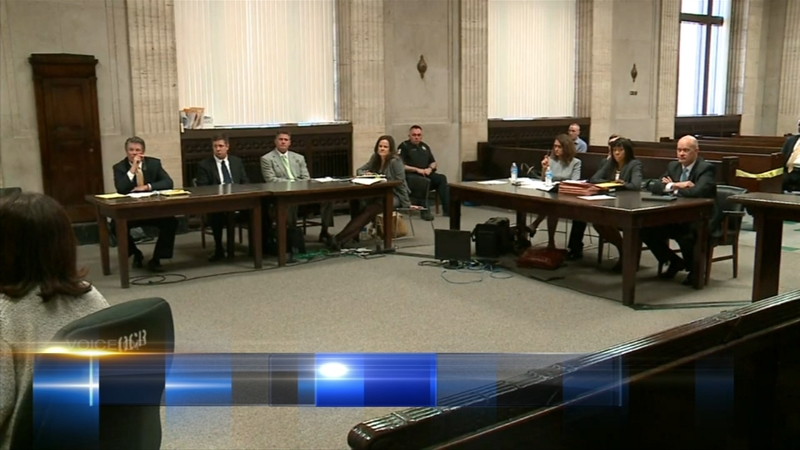 Van Dyke is accused of fatally shooting Laquan McDonald 16 times in October 2014 and has been charged with first-degree murder and aggravated battery. Van Dyke wore a bullet-proof vest as he entered the courthouse Thursday.

In open court, the judge and attorneys discussed potential expert witnesses, subpoenas, and a 3-D animation made of McDonald's final moments. Defense attorneys had the animation made and revealed it as part of discovery, but it was not shown or released in court.

Gaughan closed most of today's proceedings to reporters and the public.

"I'm going to ask you to leave, please," the judge told reporters. "And then any civilians in the outer courtroom, please."

Some of the sealed documents Gaughan released referred to the political climate at the time McDonald was shot and charges were filed against Van Dyke.

In the court documents, defense attorneys noted that Mayor Rahm Emanuel and then-State's Attorney Anita Alvarez were involved in "bitter re-election campaigns." The documents go on to state that, given the public outcry after the tape of McDonald's shooting was released, Alvarez reacted and Van Dyke was "sacrificed to appease the angry horde."

Court documents showed that Kane County prosecutors said such a broad request is "nothing more than a fishing expedition."