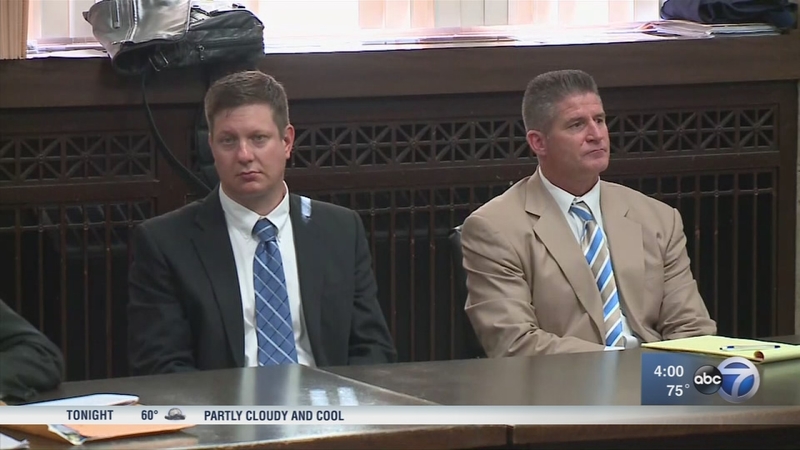 Defense attorneys argued the conversations Van Dyke had with the FOP representatives are "privileged" and cannot be used against him, citing a 1967 supreme court ruling that protects law enforcement officers from self-incrimination.

But prosecutors at the pretrial hearing said there was never any privilege.

FOP field representatives Kriston Kato and Marlon Harvey, who talked to Van Dyke at the scene of the shooting, also took the stand Friday.

"I remember him saying, and I didn't question him on it, that the guy had a knife," said Harvey.

"The information I release is given to me by the union rep from FOP," Camden said.

Van Dyke has been charged with first-degree murder, official misconduct and aggravated battery after shooting McDonald 16-times in October 2014.
Video of the shooting, which was released in November 2015, sparked citywide protests and was seen throughout the country.

The judge previously ruled that some of the statements Van Dyke made the night of the shooting are admissible.