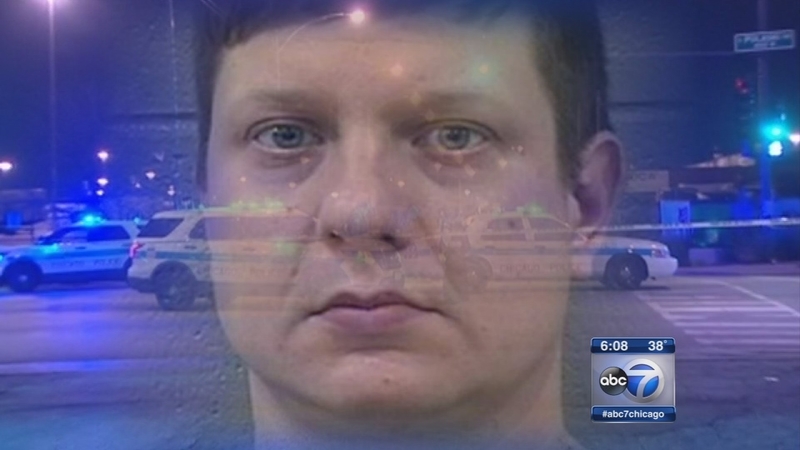 Chicago Police Officer Jason Van Dyke is seen shooting the black teenager 16 times in October 2014. The shooting was recorded on a police dash cam video, which Chicago police released to the public on Tuesday afternoon after ABC7 Chicago Eyewitness News received a version of the video earlier in the day.

Van Dyke is being held without bail. Fraternal Order of Police leaders sent out an email Tuesday night to all current and retired FOP members asking them to contribute to a fundraising effort for bail money once his bond is set.

When Van Dyke fired 16 shots into the Chicago teenager more than a year ago, it wasn't the first time that he ended up subject of an internal affairs case.

At least 18 citizen complaints have been filed against Chicago police officer Jason Van Dyke in his 14-year career.

McDonald's shooting death was excessive force, prosecutors say, for a suspect with a knife. Despite the matter being juggled by police and politicians the past year, Van Dyke's attorney says the actual case will be decided on a different standard.

"Thankfully politicians will not be deciding the fate of my client in this case, it will be either a judge or a jury," said Dan Hebert, Van Dyke's attorney.

"Based on the video alone, it will be a tough case," for Officer Van Dyke to win, said Gil Soffer, ABC7's legal analyst and a former federal prosecutor.

"The video certainly makes it appear that the man was fired upon when he was walking away. It doesn't show that he caused an immediate risk to the officers and the fact that what the officers were responding to was a burglary in a freight yard and not a kidnapping, not a murder or a violent act and it makes it a little more difficult, maybe a lot more difficult, for the defense to mount a justification defense," Soffer said.

At least 18 citizen complaints have been filed against Van Dyke in his 14-year career, but he was never disciplined, according to a University of Chicago database. Eight complaints alleged excessive force, two involving the use of a firearm in addition to the McDonald shooting.

"We don't have all of Van Dyke's complaints but the complaints of, the misconduct complaints from Van Dyke that we do have in our data tool show by and large excessive force and racial slurs. And he has largely operated with impunity and under a code of silence with the same huddle of officers again and again," said Alison Flowers, U of C Invisible Institute.

"I'm not going to comment on what his history is. I don't know what all of his prior incidents are. All I know, is that in looking at this case, but based on evidence bringing charged. Not just looking at tape, talking to witnesses," Cook County State's Attorney Anita Alvarez said.

With all of this information being made public about a police officer charged with a crime and the major piece of evidence being made public, the videotape of what went down - what about the prospect of a fair trial?

"That's the million dollar question. How is that going to taint the jury pool, more or less affect people's personal bias? Once they see it over and over dozens and dozens of times. I think that's a fair question," said Dean Angelo, president, Fraternal Order of Police.

The judge said he wants Van Dyke to return to court on Monday, so the judge can reconsider bail. He also asked for prosecutors to have the dash cam video recording of the shooting ready to play Monday, saying it was "pertinent" to the matter setting bail.