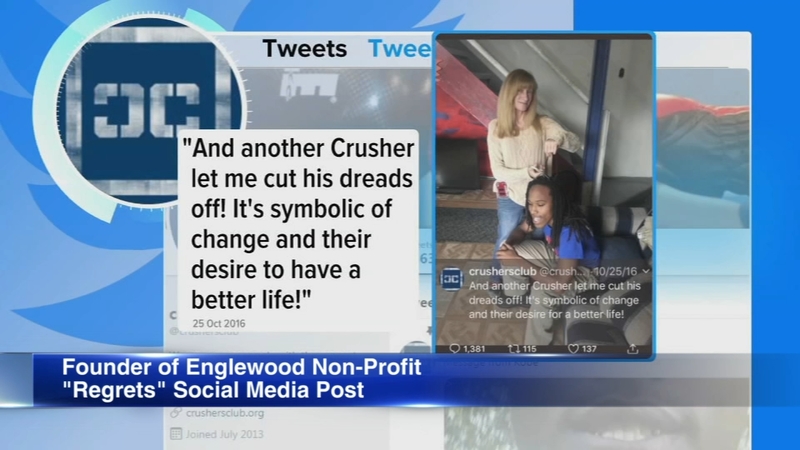 CHICAGO (WLS) -- The founder of a Englewood non-profit that received a donation from the NFL and Jay-Z's 'Roc Nation' has apologized after she faced backlash over images that show her cutting two black teens' dreadlocks off.

Earlier this week the NFL and Roc Nation announced they would gift $400,000 to two Chicago organizations. But that activism has struck a nerve.

The Crushers Club has operated since 2013 in Englewood, offering boxing, music and other programs, was given a $200,000 grant from the NFL's Inspire Change initiative.

In a now deleted tweet, the organization's founder, Sally Hazelgrove, posted photos in 2016 captioned "Another crusher let me cut his dreads off. It's symbolic of change and their desire to have a better life."

The photos resurfaced on social media this week.

Hazlegrove said she wishes she had put more thought into her post.

"I could see how it could be interpreted as insensitive now that its come out a few years later. I regret not having the forethought and being more sensitive, and that I was not more careful," Hazelgrove said.

Kobe Richardson was one of the teens who was pictured, he said Hazelgrove is a maternal figure and he asked her to cut his hair.

The pictures have been taken down.