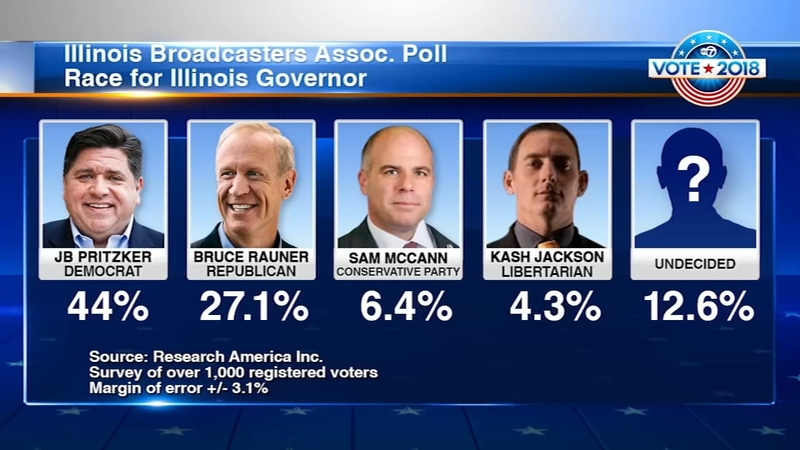 CHICAGO (WLS) -- The war of words continues on the campaign trail in the race for Governor.

Governor Rauner this week has tried to reset his campaign after a poll conducted for the Illinois Broadcasters Association showed more than half of Illinois voters have an unfavorable opinion of him.

The poll showed less than a quarter of voters have a favorable opinion of the governor.

Rauner's Democratic opponent JB Pritzker was confident enough to decline to speak to the Chicago Tribune editorial board.

Pritzker currently has a 17-point lead over Rauner, according to the new poll.

In an appearance at the City Club, Pritzker painted the governor as heartless and said the two-year budget impasse hurt social services.

"Watching what Bruce Rauner did to addiction and mental health services during his budget crisis shook me to my core," Pritzker said.

Today in front of the Chicago Tribune editorial board, Rauner spoke of lessons he's learned about the pace of change in government.

The governor has questioned Pritzker's character and accused the billionaire of having off shore bank accounts and avoiding property taxes.

The Tribune editorial board criticized Pritzker Friday for declining its invitation to answer questions alongside the governor. The board said it can't recall another gubernatorial candidate to decline such an invitation.

Pritzker said he has already agreed to three debates.