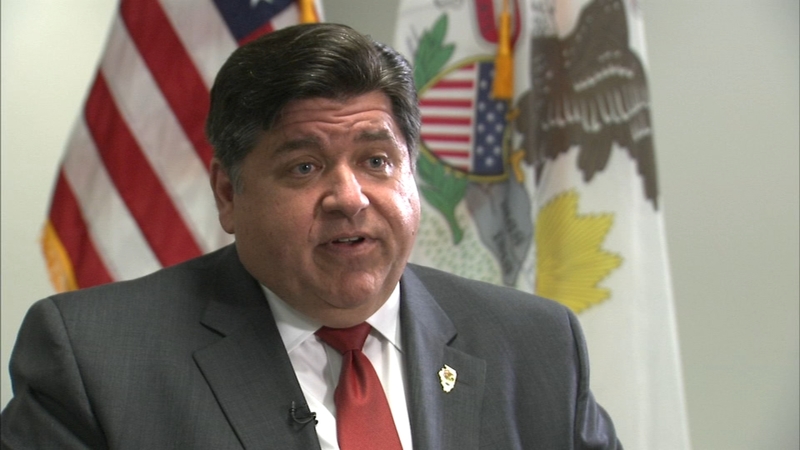 CHICAGO (WLS) -- Illinois Governor JB Pritzker spoke about his successes and expressed confidence about one of his hallmark proposals as he marked his first 100 days in office Tuesday.

One of Gov. Pritzker's major goals during this legislative session is his plan to change the state's income tax system from a flat tax to a graduated income tax, which he has dubbed the "fair" tax. To do so, Pritzker first needs legislative support and then 60 percent of voters to approve a referendum next year. He seems confident it will happen.

"I'm excited about where we are, we've got a lot of support for the 'fair' tax," Pritzker said.

But Pritzker would not promise his controversial tax plan won't later raise taxes on more than just those making over $250,000 a year.

"As you know, we currently live in a system in which the taxes can be changed at any moment so there's certainly no guarantees, but what I will tell you is that I am fighting for the plan that I put forward," he said.

When asked which accomplishment he's most proud of, Pritzker said: "One really big thing that we got accomplished nearly right away was passing the minimum wage raise in the state."

He pointed to the signing of the gun dealer licensing bill as another accomplishment. With concerns about summer violence in Chicago already on many people's minds, Pritzker promised to work with Mayor-elect Lori Lightfoot on preventative measures.

"The fact is violence interruption programs addressing the issues that prevent violence before it occurs that's the most effective thing that we can do," Pritzker said.

As the future of Westlake Hospital is set to go before a state regulatory board in one week, with the new owners seeking to close it, Pritzker said his administration is closely monitoring things.

"I'll be talking to all the stakeholders to make sure that we're doing the best that we can, we've got to make sure again that the facilities exist and that the services exist for people who are in these trauma filled neighborhoods that need it most," Pritzker said.