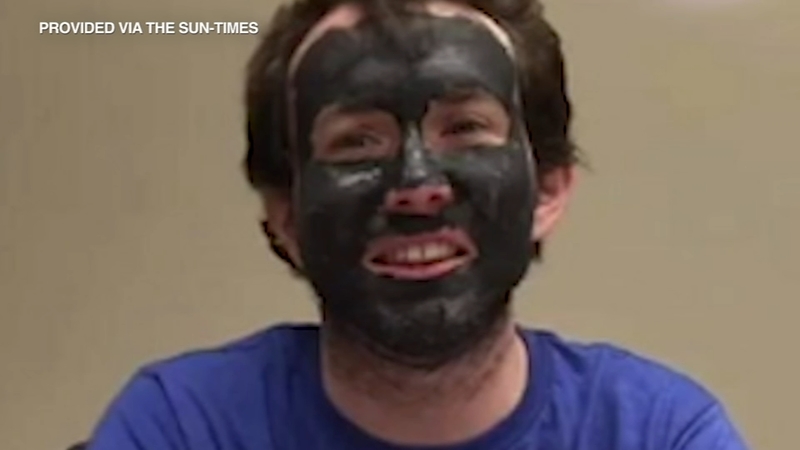 CHICAGO (WLS) -- Two campaign staffers have been fired after one of them wore a charcoal face mask on social media.

The Pritzker campaign said the social media post was not done with any racist intent, but not everyone is buying that explanation.

"We had two staffers who exercised poor judgement. There was an investigation made. We immediately suspended them without pay and, after further investigation, they were terminated," she said.

The unidentified campaign worker who posed for photo was wearing a charcoal exfoliating face mask; according to the campaign, it was not blackface.

Two campaign staffers have been fired after one of them wore a charcoal face mask on social media.

An attorney representing Pritzker staffers who sued the campaign alleging minorities were subject to racial harassment and discrimination, wasn't buying that.

"The proper response would be to promptly investigate all, everything we've said in our complaint and any other complaints anyone else has in regards to race instead of just saying it simply isn't true," said attorney Shay Allen.

Pritzker denied the allegations about racial discrimination in his campaign and said last week he stands by his staff. He was not available to comment about the controversial photo, but the campaign said it was taken after work hours on the weekend, and was then posted on social media by another staffer identified as Carolyn Mehta.

A Pritzker spokeswoman said, "While it showed poor judgment, neither employee intended to take part in offensive behavior. However, given the poor judgment exercised here, both the individual in the photo and the individual who posted the photo will be suspended without pay."
Social Media Attorney Daliah Saper says regardless of the intentions this one social media post could have lasting consequences for those involved.

"With one stupid prank, one click, you have very much adversely impacted your future employment prospects and if you're a political organization and there are many qualified candidates to choose from, why choose the individual whose name is surrounded by controversy?" she said.

In a statement the Rauner campaign called the actions of the Pritzker campaign offensive and disturbing.