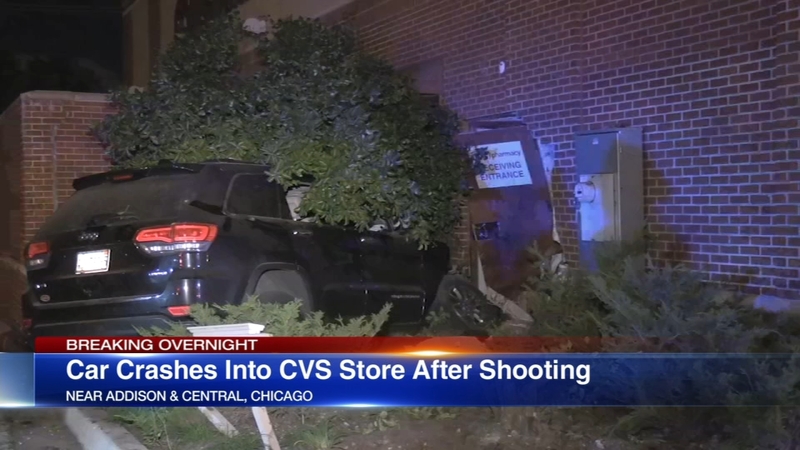 Jeep crashes into NW Side CVS after shooting; 2 injured

CHICAGO (WLS) -- A shooting led to a Jeep crashing into a CVS pharmacy in Portage Park and two people have been hospitalized, Chicago police said.

The shooting took place in the 5800-block of West Addison Street at about 11:59 p.m. Tuesday. Police said a 23-year-old man was behind the wheel of a black Jeep when someone passing by inside a dark-colored sedan fired shots into his car.

The man was struck in the head arm and torso. As he was attempting to flee, police said he crashed into a CVS in the 3600-block of North Central Avenue. It ended up crashing into the back of the building near the store's receiving entrance.

A female passenger inside the vehicle was also injured in the crash. There is a community hospital across the street and both victims were able to get themselves there on their own before being transferred to Illinois Masonic for treatment.

The man is in serious condition and the female passenger is in stable condition, police said.