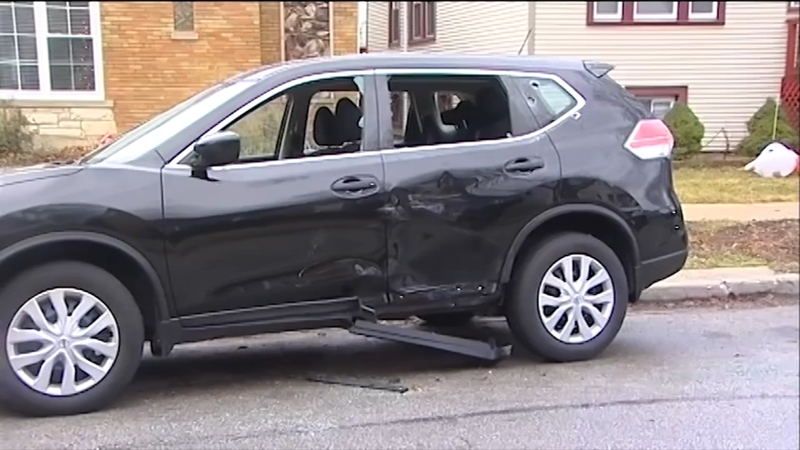 CHICAGO (WLS) -- The same thieves are accused of trying to steal a woman's car twice on Chicago's Northwest Side before her fiancé fired shots at them Monday morning.

According to the vehicle owner's family members, two offenders who stole the Nissan Rogue once dumped it a short distance away, then tried to steal it again, this time by force.

It all started around 5:15 a.m. near Higgins and Austin in the Jefferson Park neighborhood. An employee at a gas station Dunkin' Donuts says a 25-year-old radiology tech, who is a regular, came in to get her morning coffee. The SUV was left running, and that's when two men, including one who had just been inside the Dunkin' Donuts himself, took off with the vehicle.

According to the woman's father, the Nissan Rogue was dumped a few blocks away, then located and taken back home. It was parked on the 4800-block of North Moody when the same two men tried to take the car again.

This time, the woman's fiancé - who police say has a valid concealed carry license - shot at the vehicle. One of the suspects fled the scene and was arrested several hours later. The second suspect tried to escape, but was arrested a short distance away outside an apartment building. Neither were injured.

Police said the woman and her fiancé spent several hours trying to help investigators make sense of the convoluted chain of events, which they are investigating as an attempted carjacking.