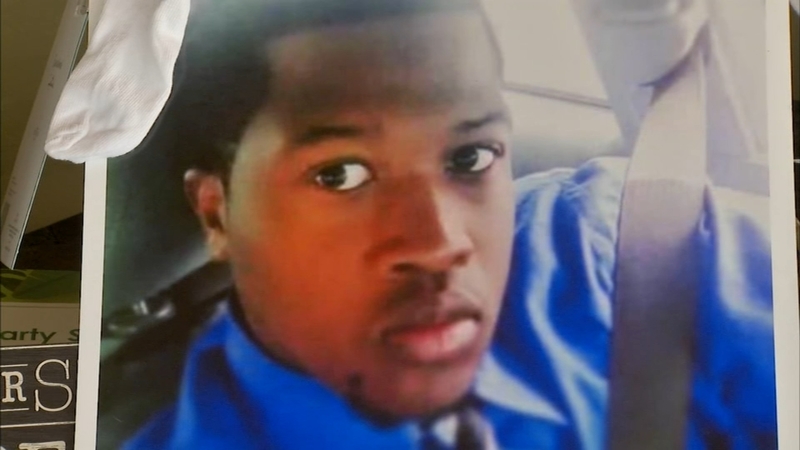 Roberson, of Chicago, was working as a security guard at Manny's Blue Room Bar in south suburban Robbins in November 2018, when a gunman came inside and shot four people.

According to officials, Roberson was able to subdue the suspect but was fatally shot by a Midlothian police officer who apparently mistook him as the shooter.

More than a year and a half later, his grieving family celebrated his daughter Justice's first birthday on Saturday at Redmond Park in Bensenville.

And because his daughter will never get to know Roberson, they celebrated his legacy while continuing to look for answers.

"He was just a big kid himself, and he would have loved to be here enjoying his daughter's first birthday," said Deanna Green, Roberson's sister.

The shooting was investigated by Illinois State Police, and the Cook County State's Attorney's Office continues to review the case.

"It's real hard," said Avontea Boose, Justice's mother. "It's like nobody, to me, nobody's trying to stand up for him. Nobody want justice for him."

Roberson's family said the last few weeks have been especially hard as protests have erupted over the death of George Floyd.

"It flared up old memories, and I heard my mom say, 'What about Jemel?'" Green said.

Relatives said Justice has her father's eyes. They hope her name will be his one day, too.

"We want Ian Covey charged, indicted and locked up," Green said about the officer who killed her brother. "He shot him four times in his back and my mother doesn't understand why he's not in jail."