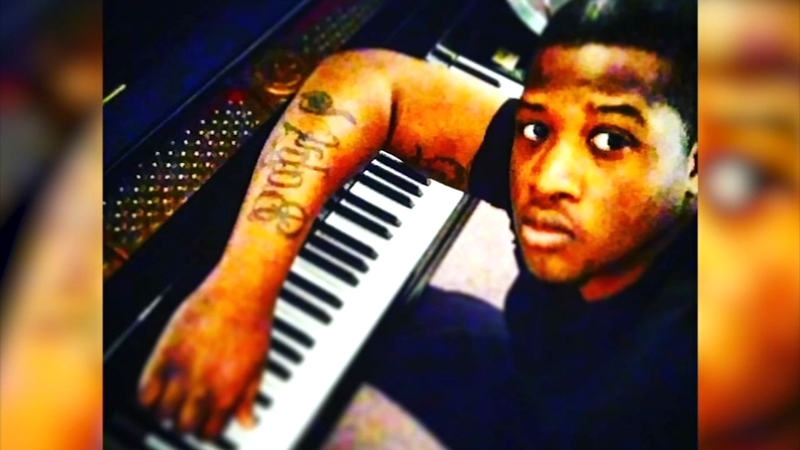 MIDLOTHIAN, Ill. (WLS) -- Friends of a Robbins security guard who was killed by Midlothian police over the weekend while working held a Friday night vigil at Lane Tech High School.

"He was my, he was my friend and I loved him," said Blair Williams, friend, through tears. "And it's not right."

Williams dated Roberson through high school and went to prom with him. She watched him play basketball and sang with him in gospel choirs.

"He was an amazing musician, really worked on his craft," she said. "He was a genuine person and this should never have happened to him."

Earlier in the day, church leaders and community activists called the deadly shooting murder and called for the dismissal of the police officer responsible Friday.

Father Michael Pfleger and other church leaders also demanded that the officer be charged with murder and called for the immediate release of his identity. The leaders are calling for Cook County State's Attorney Kim Foxx to take over the investigation from Illinois State Police.

"They need to charge him with murder. That's what it was, it was murder," Pfleger said. "It was not blue on blue crime crime, it was blue on black crime. It was not an accidental shooting."

"Police are shooting people of color far too often. It's time to be more aggressive in our response to these incidents. I call for the immediate termination of the officer who shot and killed Jemel Roberson. Regardless of the findings of the investigation, this officer has already shown he lacks the basic professional judgment to wear the badge and serve our communities in a law enforcement capacity," State Senator Emil Jones III said in a statement released Friday. "As we learn more about the case, I will continue to do all I can to ensure that justice prevails."

Witnesses to the shooting said Roberson was apprehending a gunman who shot several people during a bar fight at Manny's Blue Room Lounge in Robbins.

Roberson's girlfriend, Avontea Boose, said she is the mother to Roberson's 9-month-old son and is pregnant with his second child. Boose plans to file suit against the Village of Midlothian.

Those who knew Roberson described him as a gifted basketball player and a musician who played the organ for several churches.

"I'm here standing as a black man. A black man who is just tired - tired of being mistreated, tired of things going the wrong way, tired of the narrative being the exact same in every situation," said Pastor Leaundre Hill.