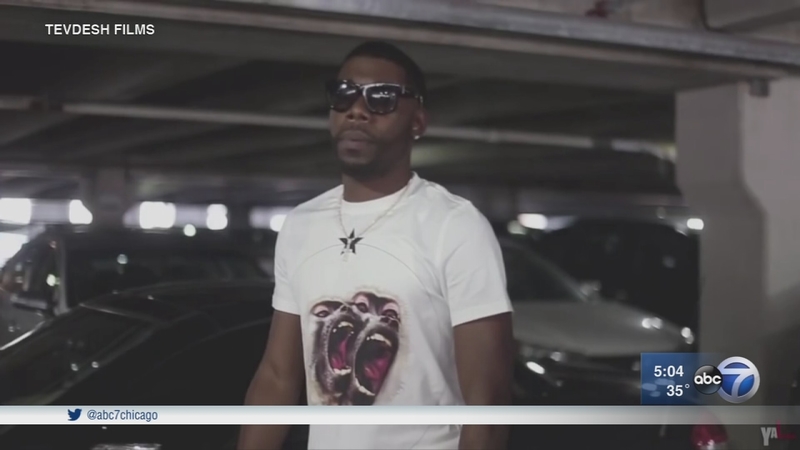 RIVERDALE, Ill. (WLS) -- A suburban father wants answers after his son's body was discovered in a recording studio - the same studio police searched after his son was reported missing.

The Riverdale Police Department confirmed Jeremy Nixon's body was found Monday night in the basement of a home in the 14400-block of Eggelston in Riverdale.

Nixon, 27, was reported missing on November 17 following a shooting at the home. Nixon's father, Jonathan Armstrong, said police had already been through the home at the time.

"This took place 19 days ago. And the detective told me they retrieved gunshot casings. They've been here, took statements from everyone that was here. How could you not find a body there?" Armstrong said.

A father of three young children, Nixon was a rapper who went by the name "Boss Status Duke." On November 16, he was visiting the Riverdale home which doubles as a recording studio when a shooting took place, but who perpetrated it and what exactly happened is not clear.

At some point, his family said those who lived in the home reported to police that Nixon had been led away from there at gunpoint. There were search parties organized and missing flyers handed out.

"All the information we had is that he was not inside the home and somebody had gone in to survey the property. To find he was there is very shocking to many of us," Dean said.

Illinois State Police were called in to assist after the body was found and said they are investigating whether the body was there the whole time or not.

"I had a bad feeling about it. Why would Jeremy's car be parked in front of the house and Jeremy is nowhere to be seen. He's got kids. He's got his own place. None of it added up, it made no sense. Where would he be?" Armstrong said.

Nixon's father said the body was found with a gunshot wound to the back. Officials have not confirmed that, but the medical examiner has ruled the cause of death to be homicide.

Riverdale police said the homeowner of the residence from the initial 911 call of shots fired on November 16 reported the body.

In a statement, the Riverdale Police Department said it is "conducting an internal review of our response to the 911 call in an attempt to determine if any violations and or deficiencies occurred by responding units. There will be no rush to judgment as the internal review is ongoing. No other information will be released at this time to persevere the integrity of the case."