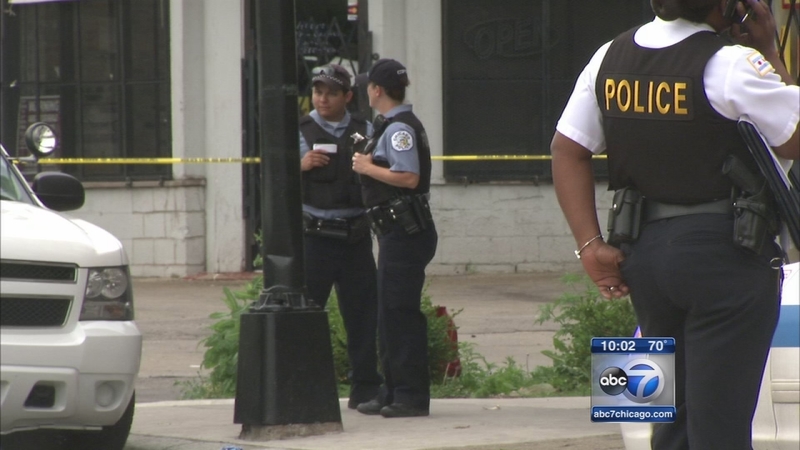 CHICAGO (WLS) -- A national civil rights group said Wednesday night it plans to convene an anti-violence summit in Chicago, adding to the already-emotional debate over how to curb the violence.

It was supposed to be one of the better headline days for Mayor Rahm Emanuel, whose schedule included announcing another Mariano's grocery on the city's South Side.

"I want to thank every one of you for being part of making this happen, never giving up...never giving in," Emanuel said.

But Wednesday's early-morning Dan Ryan shooting meant more questions for the mayor about his administration's effort to contain the violence.

"Part of this is policing," he said. "But you understand there's access to guns and we need comprehensive gun legislation."

Rev. Jackson criticized city, state and federal elected officials for not spending enough to create jobs or having a strategy to combat violence.

"Right now there is no such plan and we cannot go funeral by funeral reacting," Jackson said.

Emanuel took part in an anti-violence vigil at the Kids Off the Block program in the South Side's Roseland neighborhood Monday, not knowing the organization's office closed this month due to a lack of funding.

"Does he know? Yes, he knows. He knows what's going on now, with us. So hopefully he'll help," said Diane Latiker, a Kids Off the Block founder.

Meanwhile, Gov. Pat Quinn says his offer to send in the Illinois State Police to help city police still stands, if requested by Mayor Emanuel. When asked by reporters if he would make that request, the mayor today declined to comment.

"When the city has a special need in a special area or neighborhood, they just let us know and we're there for them," Quinn said.

Rev. Jackson questioned President Obama's proposal to spend billions repatriating illegally-arrived immigrant children while spending virtually no new federal dollars to combat urban violence. Jackson suggested the federal government could spend as much as $2 billion on jobs and economic development in the US.

"It sends a message that the people who live here really care about their neighborhood and their neighbors," said Linnea Blomgren, resident.

This community meeting was among many across the city as police appeal for the public's help following a string of shootings.

On Wednesday night, a group led by the Reverend Al Sharpton says it plans to convene an anti-violence summit of national civil rights leaders.

"People may say we've had summits before, but it's like treating a cold, or it's like treating some kind of virus. Just because you treated it once doesn't mean you don't keep trying to treat it," said Rev. Gregory Livingston, Illinois chair, National Action Network.