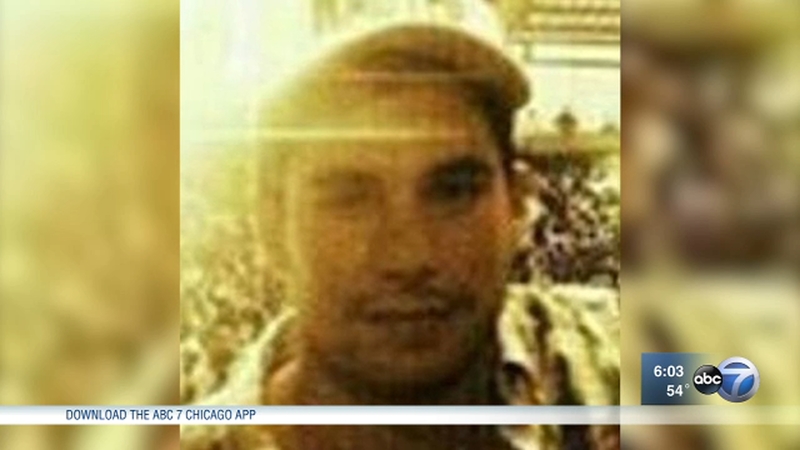 As with many family businesses, when the patriarch is unable to perform his duties one of the children steps up to run things.

Such is the case with Jesus Alfredo Guzman-Salazar, who federal agents say is overseeing the Sinaloa cartel in Mexico while his drug lord dad is preoccupied with a cocaine trafficking trial in New York City.

But Guzman-Salazar, 35, does not appear to have assumed quiet control of cartel business.

Investigators say he routinely posts photos of his lavishness on social media accounts, some of them private, displaying exotic cars and expensive private jets, vacation hideaways, high-powered weapons and stacks of cash that they say are the spoils of an illicit lifestyle.

Guzman-Salazar, who goes by the nickname "Alfredillo," and has been wanted by U.S. drug agents in Chicago since his indictment with his father nearly a decade ago. El Chapo's flesh-and-blood, six sons via various marriages, "remain in charge of his vast drug trafficking empire" according to federal prosecutors in a newly-filed court document.

The in-your-face manner of Guzman-Salazar's ritzy existence has rubbed Chicago drug investigators the wrong way. Law enforcement sources here tell the I-Team that they want the Top Ten U.S. fugitive in handcuffs and brought to Chicago to stand trial.

As long as he is on the lam, Guzman-Salazar is also a danger to those involved in El Chapo's upcoming trial in New York. In the new court filing, prosecutors state that El Chapo has "the capability, the resources and the will to harm cooperating witnesses and their families, even after they have been relocated" by federal authorities as part of the government's elaborate protection program known as WITSEC, for witnesses security.

The new disclosure by federal investigators that El Chapo's sons are still in command back in Mexico is in contrast to other reports the past year that his cartel was in disarray and subject to a behind-the-scenes struggle for power by aides, underlings and competitors. If Alfredo Guzman-Salazar and his brothers are in charge as prosecutors now say, then the arrest of El Chapo may have only been a blip in the cartel's worldwide cocaine and heroin network that allegedly made him a billionaire.

While El Chapo is scheduled to go to trial in Brooklyn a week from today, his attorneys have filed a new request for a delay in the proceedings. They say that the government has just "dumped" 14,000 pages of evidence on them in 23 separate binders, filling eight large boxes-mostly pertaining to 17 murders that prosecutors intend to pin on El Chapo during the trial. The proceedings are expected to take at least twelve weeks.

"The government is engaging in concealment and gamesmanship," according to prosecutors, "and is intentionally obliterating any semblance of due process and fairness for Mr. Guzmán by repeatedly withholding evidence and then dumping it on the defense at the last minute."