Biden administration asks US Attorney John Lausch, other Trump appointees to step down 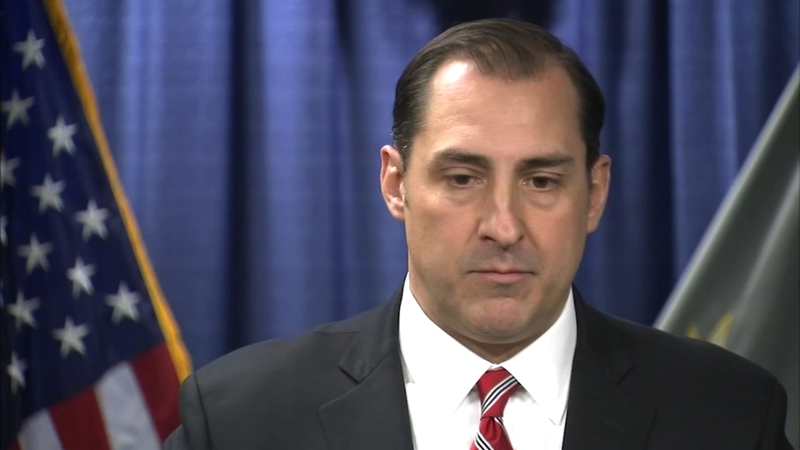 CHICAGO (WLS) -- The Biden administration has asked US Attorney John Lausch, as well as 55 other Trump-appointed US attorneys, to step down.

Lausch is overseeing the corruption investigation into former Illinois House Speaker Mike Madigan, and took over as the top federal prosecutor in the Northern District of Illinois four years ago. He, along with the other Trump appointees, have been asked to submit their resignations.

President Joe Biden is getting pushback from Republican U.S. Reps. Darrin LaHood, Rodney Davis and Mary Miller, who called the decision "reckless and irresponsible...without successors nominated and confirmed by the U.S. Senate."

Democrat Sens. Dick Durbin and Tammy Duckworth issued a statement saying "...there is precedent for U.S. Attorneys in the Northern District of Illinois to remain in office to conclude sensitive investigations."

President Obama kept Patrick Fitzgerald in office as he was in the midst of the case against former Gov. Rod Blagojevich. Former federal prosecutors told ABC7 Eyewitness News that no investigations will be derailed if Lausch leaves.

"In Chicago, they just they follow the facts of different cases, it doesn't matter so much who might be calling the shots at that point," said Jeff Cramer, Managing Director Berkeley Research Group. "These large scale investigations will continue unabated."

The Biden team may already have potential replacements for Lausch in mind.

While Lausch has been asked to tender his resignation by Feb. 28, he could still be asked to stay on.