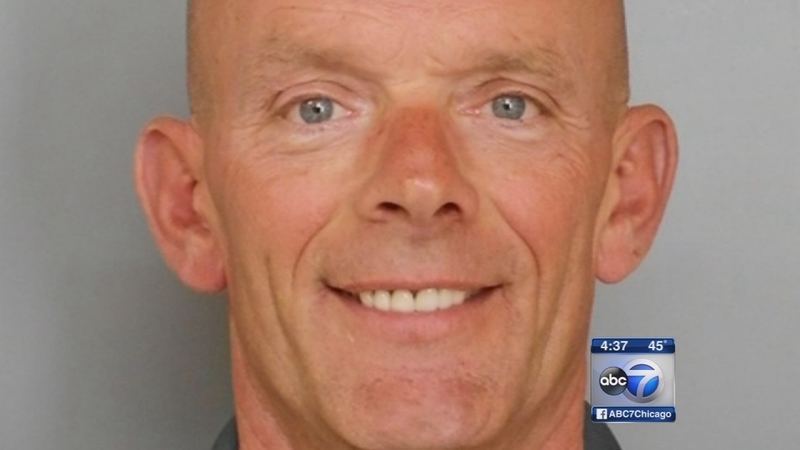 An African-American man claims in the lawsuit that he was harassed and intimidated by the deceased Fox Lake officer because he was black. The man's attorney says his client was questioned by authorities after Gliniewicz's death and is now hospitalized because of anxiety. The alleged harassment began about a year before Gliniewicz's suicide.

A lawsuit filed in federal court Friday says the plaintiff, 26-year-old Vernon Randolph III of North Chicago, would encounter Lt. Gliniewicz near the Fox Lake home of his daughter's mother.

"He just basically because of his race and who he was pulled him over, opened the doors of his car, searched through his bags, dumped them out, asked him 'where are the drugs?' He said, 'I don't have anything to do with drugs,'" said Kevin O'Connor, plaintiff's attorney.

Randolph's attorney says it happened repeatedly at Fox Lake gas stations and at abus stop where Randolph waited for the school bus with his daughter. He said he would often be seen with two white men who were also waiting with their kids.

"Officer Gliniewicz had followed him around, had seen him on numerous occasions, making gestures of pointing to his eyes, like I'm watching you and things like that," O'Connor said.

Then came September 1, and the massive manhunt after Gliniewicz was found shot to death. His final radio call described three suspicious men: one black and two white.That same day, the feds came knocking.

"I thought my son was getting framed for murder of a police officer. It's an indescribable feeling," said Vernon Randolph Jr., plaintiff's father.

"They were searching his house, pointing guns at his three-year-old child," O'Connor said.

In a community where blacks are a small minority, the lawsuit alleges Gliniewicz put a target on the backs of Randolph and other African-Americans.

The suit alleges authorities obtained a DNA swab of Randolph, who according to his attorney is now hospitalized because of anxiety, still fearful of Fox Lake police.

"This is a pattern and practice they allowed. They not only allowed it, they promoted the man," O'Connor said.

The lawsuit names the Village of Fox Lake, Mayor Donny Schmit, former police chief Michael Behan, and the estate of Joe Gliniewicz. The village said in a statement it is gathering information about the complaint and plans to defend itself from the claims.

The village says it expects all officers to treat everyone with professionalism and respect.