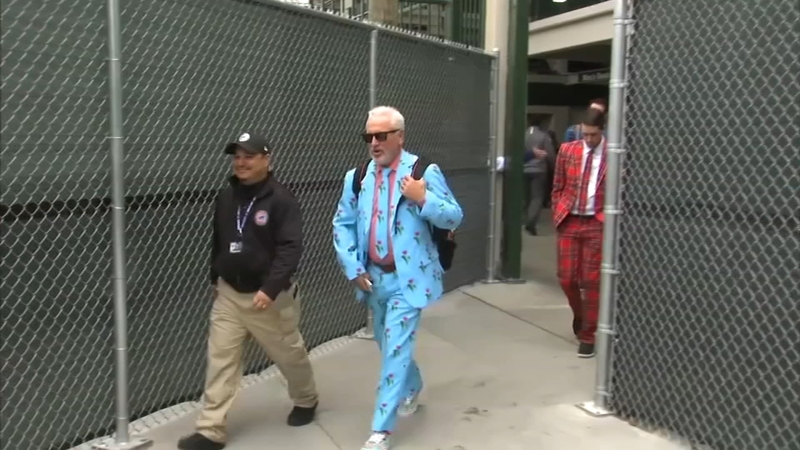 CHICAGO (WLS) -- The Chicago Cubs announced Sunday that Joe Maddon will not return as the team's manager.

The Cubs announce Joe Maddon is not returning as manager. https://t.co/AuGWauUvsp

In five seasons under Maddon, the Cubs made the playoffs four times, including the team's first World Series win in 108 years in 2016.

Before this season began, the team's president, Theo Epstein, and Maddon agreed to meet at the end of the year and decide what's best.

On Saturday night, over a bottle of wine, they agreed that it's time for a different voice in the Cubs' club house.

It's certainly a bit unconventional for an outgoing manager to stand by the team's president Sunday and announce they're parting ways, but nothing about Joe Maddon conforms to convention.

From the moment Maddon came to Chicago, he changed the conversation around the lovable losers.

"I'm going to talk playoffs," Maddon said in November 2014. "It's within our future. There's no question about that."

Maddon's unique and genuine approach was wholeheartedly embraced, and his five-year run as manager was arguably the most successful stretch in the team's history.

But post-season was closer than even he knew as the Cubs won the 2015 wild card, starting a run to the National League Championship Series and setting the team up for a magical 2016.

In 2017, the Cubs embraced the target and returned to the NLCS, but fell short of the World Series.

Doing simple better in 2018 led to more frustration, losing the division and then the wild card on their home field.

But no one expected this season to unfold the way it did, missing the playoffs for the first time since 2014.

"This is a gradual process of trying to figure out what was right for the club and what was right for Joe, as we got together and talked about it," Epstein said Sunday. "So we didn't want to make any decisions early because we wanted to see, we wanted all of the information that we could in such a unique situation."

"Last year was tough, nothing compared to this year," he said.

But Maddon kept a positive outlook, saying he's "really excited about the future."

"I will remain a Cubs fan, absolutely," he said.

Some Cubs fans reflected on seeing Maddon with the team for the last time on Sunday.

Al Yellon, a lifelong Cubs fan who writes a popular blog called Bleed Cubbie Blue, said others tried, but Maddon took the Cubs where no manager could.

"He changed the culture and that was the biggest thing they needed to get over the hump," Yellon said.