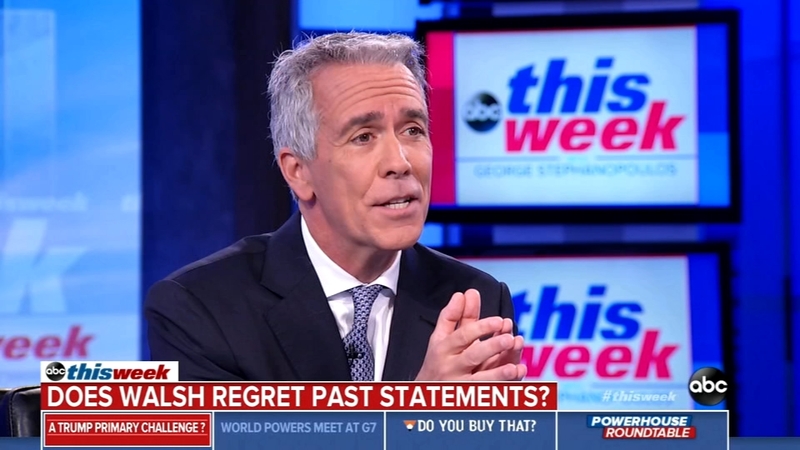 Now some of Illinois' current lawmakers are reacting to the new face in the 2020 race.

"We've got a guy in the White House who's unfit, completely unfit to be president," Walsh said when he announced his decision to join the presidential race on This Week With George Stephanopoulos. "It stuns me that nobody stepped up, nobody in the Republican Party stepped up."

Walsh added that many Republicans agree with him.

"Most of my former colleagues believe, they think Trump is going to lose in November," Walsh said. "He's not capable of being decent. He's cruel. He's bigoted and he's a narcissist."

"This is a new approach by Joe Walsh. For a long time, he was a very great defender of the president," Durbin said. "Now he's going to supposedly run against him."

Schakowsky said, "Joe has always been pretty good at promoting himself. But I do want to say that taking on the President of the United States and calling him a child and being critical of him is certainly welcome from any voice."

ABC7's political analyst, Laura Washington, also weighed in on Walsh as a candidate.

"He's itching for a fight and he wants to get back into politics," Washington said. "This is a great opportunity for him, personally."

But Washington doubted Walsh's chances of winning, "or even competing at the Republican convention."

Walsh isn't the only Republican to challenge the president.