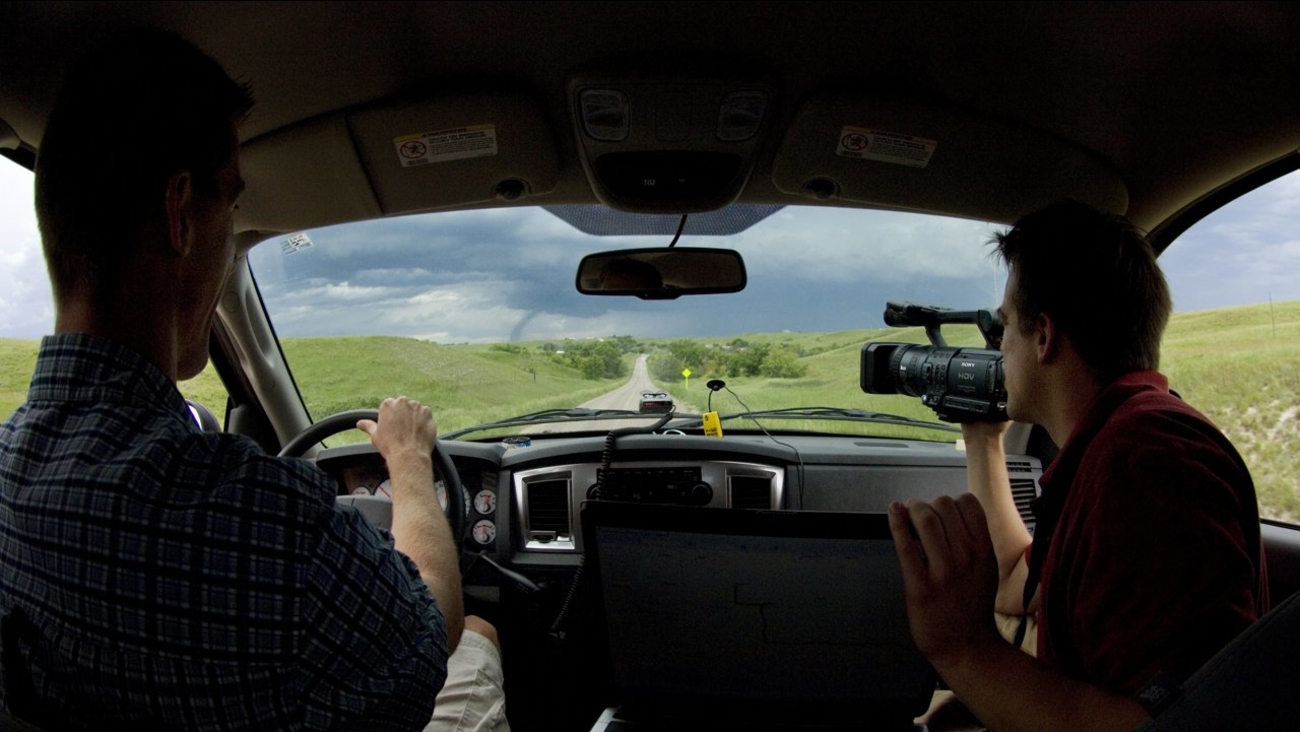 Storm chaser Reed Timmer videotapes a tornado to the left of the road as chase partner Joel Taylor pilots their vehicle in western South Dakota. (Photo by James P Reed/Corbis via Getty Images)

Joel Taylor, who appeared on the Discovery series "Storm Chasers" has died, a rep for his family confirmed to CNN.

"We can confirm that Joel Taylor has passed away while on a cruise," funeral director Richard Duggar II said in a statement on behalf of Taylor's family. "The cause of the death has not yet been determined. We ask for your understanding during this difficult time and your respect for the family while they deal with the loss of their son. "

Taylor appeared on the reality series from 2008 until its cancellation in 2012.

A native of Elk City, Oklahoma, Taylor studied meteorology at the University of Oklahoma and chased tornadoes with friend Reed Timmer for the 2003 documentary "Tornado Glory."

"I am shocked and absolutely devastated by the loss of my incredible, caring friend," he wrote. "We chased so many intense storms, and I wish we could have just one more storm chase. I'll miss you forever, Joel."

"We lost a legend," Timmer added.

Others also paid tribute to Taylor on social media.

"One of the kindest chasers I've met -- he was more than happy to take a picture with a star-struck nerd back in 2014," one fan wrote. "He will be missed."

The Discovery network has not commented on Taylor's death.