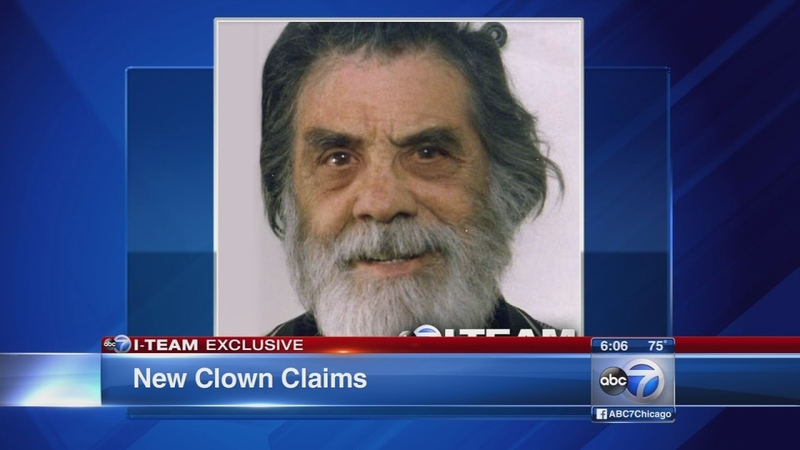 CHICAGO (WLS) -- Chicago mob boss Joey "The Clown" Lombardo is in federal prison because people died. Now he is blaming his conviction on his trial lawyer, who is also dead.

Attorney Rick Halprin died by suicide a year ago, long after losing the Lombardo case which was part of Chicago's infamous "Family Secrets" murder trial. Lombardo now has a new attorney, who has filed a new motion to get the 85-year-old out of prison.

While a gag order seemed fitting in a case where the defendant was known as "The Clown," Lombardo was no easy client for his longtime attorney Rick Halprin.

During his notorious career as a top Chicago hoodlum, Lombardo was known to sport a newspaper mask at the courthouse, and in his heyday he liked to lead news hounds on hide and seek missions, once through a construction site.

But in the "Family Secrets" murder case the stakes couldn't have been higher for Lombardo and other mob bosses. Joey "The Clown" was sentenced to life in prison, and has been in solitary confinement at the federal penitentiary in Butner, N.C.

Now Halprin is being vilified in a Lombardo appeal memo newly obtained by the I-Team. Lombardo says he wants and deserves freedom because Halprin was ineffective, incompetent, deficient and unprofessional.

His new attorney from Florida is claiming Halprin did little or no work investigating the evidence and witness claims used against Lombardo, and that Halprin "ensured his conviction" by calling Lombardo a liar in closing arguments.

Lombardo's current attorney didn't respond to I-Team questions. In legal papers he claims that Halprin received extra money from the court to investigate decades-old evidence, but didn't do so.

In the motion, Halprin's work is described as so inept that Lombardo's conviction should be thrown out or he should be let out on bond.

Bad lawyering claims are not unusual, but with Halprin dead they will go unchallenged. Prosecutors, however, intend to respond in court.