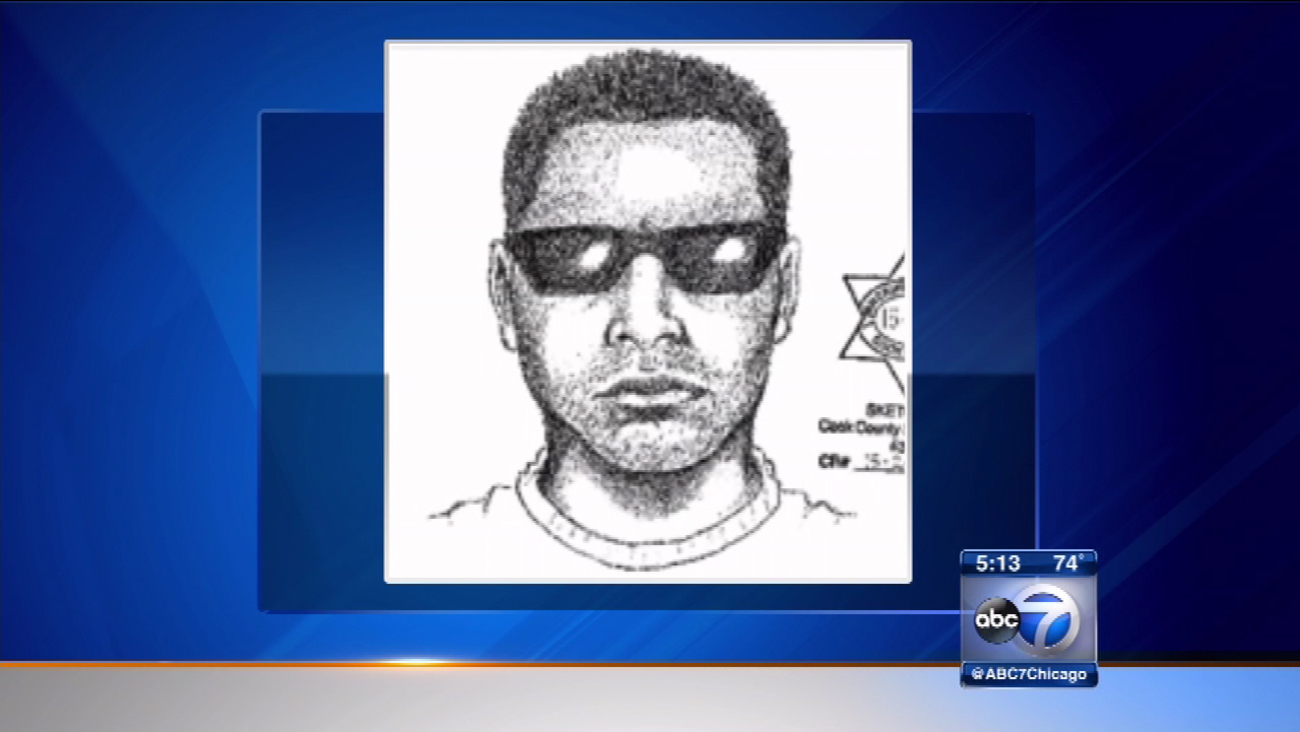 ROCKDALE, Ill. (WLS) -- Illinois State Police released a sketch of a man suspected in the sex assault of a jogger on a bike trail between Joliet and Rockdale.