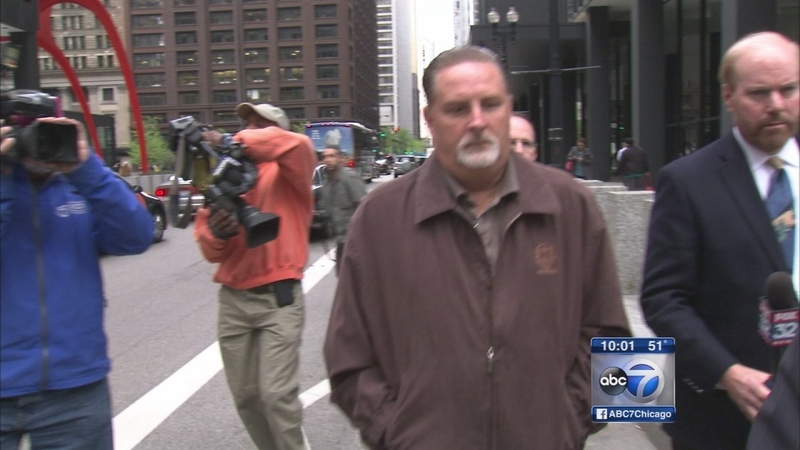 CHICAGO (WLS) -- A bribery investigation is underway involving Chicago's red light camera program. The alleged bribes were directed to a now-retired high-ranking CDOT official, and the payments included a car, vacations, even a condo, all in exchange for red light camera contracts totaling $124 million.

"John denies ever taking a bribe from anybody," said Nishay Sanan, defense attorney. "He didn't have the power within the city of Chicago to direct any contract to anybody."

The 52-year-old Bills served as deputy transportation commissioner during the Daley administration before retiring in 2011. And in this criminal complaint, prosecutors say he accepted bribes from Arizona-based Redflex Traffic Systems, which became the city's red light camera vendor in 2003.

Prosecutors say Bills accepted hundreds of thousands of dollars in cash and other payments, including a Mercedes, Super Bowl trips, and a $177,000 condo in Arizona, all in exchange for steering multiple contracts to Redflex. It's a charge his attorney denies.

"He was on the evaluation team. It went before a board in 2003 where seven people had to vote. He was only one of those votes," said Sanan.

But prosecutors say Bills used his influence to ensure the bid for Redflex. After the allegations first surfaced in 2012, Mayor Rahm Emanuel fired Redflex as the city's red light camera operator.

"As soon as we found out they were under investigation, we put the whole contract that we inherited out to bid, and they're no longer working there," said Emanuel.

But on Wednesday, opponents of the city's red light cameras say Bills' alleged conduct is an indictment of the system itself.

"I think it fits the culture, and it demonstrates that this is more about economic enrichment than it is about providing public safety," said Mark Wallace, Citizens to Abolish Red Light Cameras.

In a statement Wednesday night, Redflex says it conducted an internal investigation last year and that those involved in the bribery scandal no longer work for the company. Redflex says it's fully cooperating with authorities.