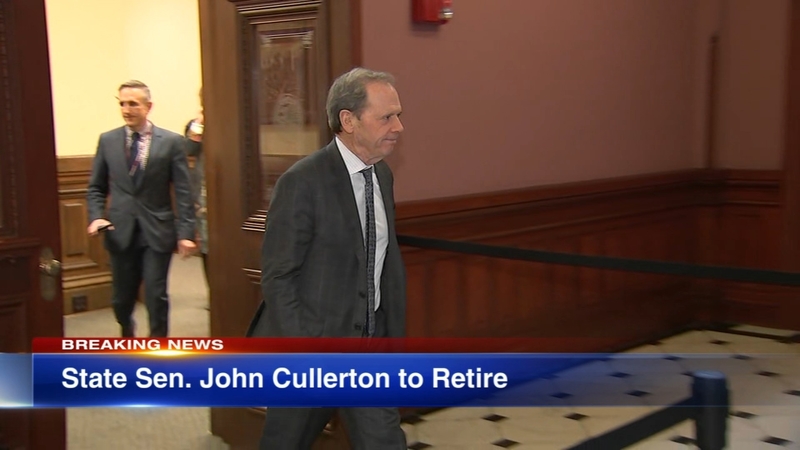 Cullerton, a Democrat, represents Illinois' 6th District which covers Chicago's North and Northwest sides. His legislative career began in 1978 when he was elected to the Illinois State House. He was appointed to fill Dawn Clark Netsch's State Senate seat in 1991, after she was elected state comptroller.

He was elected as senate president in 2009. His office has not yet offered a specific reason for his decision to retire.

Governor JB Pritzker released a statement, saying, "In the past decade as Senate President, John Cullerton has been a passionate advocate for improving Illinois - whether it was his focus on ending the scourge of youth smoking, dedication to fully funding education or efforts to advance critically needed infrastructure throughout the state. Over the years, I came to know John as my state senator, and this past year I have truly appreciated his work to advance our common agenda to stand with working families. I wish him all the best in the years to come, and I know that Pam and his children will be glad to start their next chapter as a family."

Mayor Lori Lightfoot also released a statement, saying in part, "From pension and school funding reform, to marriage equality, protecting immigrant rights and abolishing the death penalty, President Cullerton's commitment to growing Illinois' economy and improving the lives of city and state residents has been at the center of everything he has accomplished. As much as we will miss his leadership and guidance down in Springfield, we know he returns to private life leaving Illinois stronger and more resilient, and we offer our best wishes to him and his wife Pam as they embark on this new chapter in their lives."