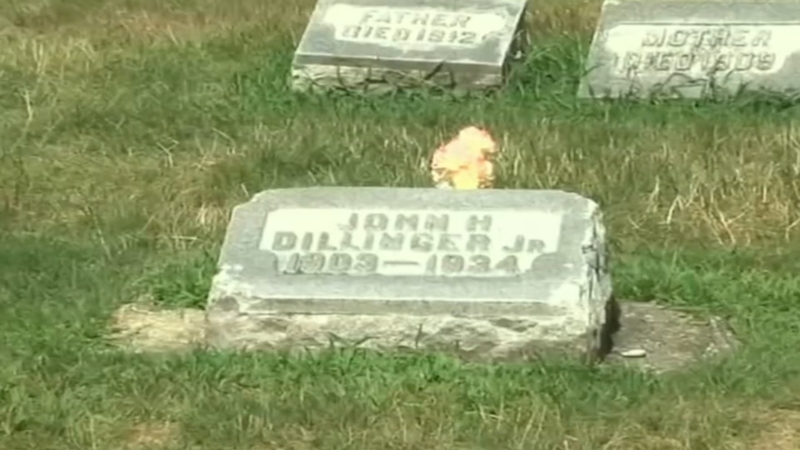 CHICAGO (WLS) -- A planned documentary involving the exhumation of American outlaw John Dillinger's body has been dropped by the History Channel.

Wednesday, History Channel spokesman Dan Silberman told the I-Team "HISTORY is not moving forward with a documentary on Dillinger, so we are no longer involved in the project." The History Channel is partially owned by Disney, which also owns ABC7 Chicago.

RELATED: Dillinger kin claims notorious outlaw may not have been killed in Chicago

The now-scuttled planned cable presentation was part of a legal fight over the potential exhumation of the gangster's body. Some of Dillinger's kin had obtained an Indiana state permit to exhume the gangster's body on September 16th, part of a made-for-TV plan to run DNA tests and verify whether the remains are actually his. However, the Crown Hill Cemetery objected to unearthing the remains. Now, the potential exhumation is subject of a court fight, with a hearing set for October 1st. That's weeks after the only exhumation date approved by the Indiana State Department of Health, further jeopardizing the project.

RELATED: Exhumation of gangster John Dillinger is no-go for next week

Dillinger was gunned down by federal agents more than 85 years ago outside Chicago's Biograph Theatre. For decades the gangland rumor mill had spit out conspiracy theories, suggesting it really wasn't Dillinger killed on July 22, 1934. According to the conspiracy theorists, and now a faction of the Dillinger family, DNA tests will reveal that an impostor has been buried under the gangster's tombstone.

Attorneys for Dillinger relatives and for Crown Hill Cemetery have not responded to requests for comment left by the I-Team.