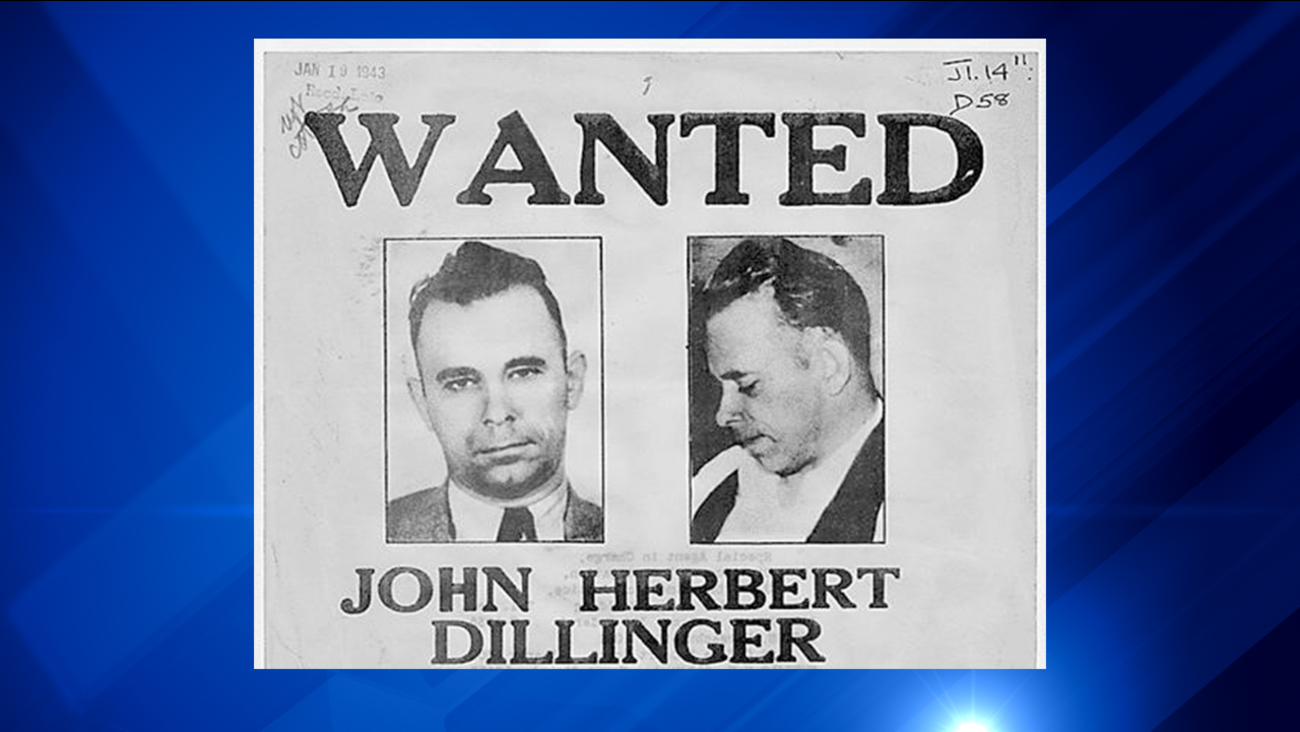 Outlaw John Dillinger has been buried in an Indiana cemetery since 1934, when he was shot and killed by federal agents outside Chicago's Biograph theatre.

The state-approved exhumation of gangster John Dillinger's remains on New Year's Eve would violate state of Indiana law, according to the cemetery where his grave is located. That position is outlined in newly-filed court documents obtained by the ABC7 Chicago I-Team.

Crown Hill Cemetery in Indianapolis, where Dillinger's tomb has been for more than 85 years since he was gunned down dead by federal agents in Chicago, is attempting to block an alleged Dillinger relative from digging up the remains. The cemetery filed a motion to dismiss a lawsuit by Michael Thompson, who says Dillinger was his uncle, that seeks court permission to proceed with the exhumation.

Thompson has said there is evidence that Dillinger's remains are not buried there and that the marked grave contains the body of an imposter.

According to the cemetery's newly filed court motion, Indiana state law allows exhumation for only certain, narrowly defined reasons: "for the purpose of autopsy" or "reinternment, reentombment, or reinurnment (sic) in another cemetery."

Thompson wants to dig up the body so that DNA tests can be conducted to determine whether it actually is Dillinger. The cemetery maintains that isn't an allowable reason for exhumation under the law as passed by the state legislature.

Crown Hill states that, "Without providing any detail, Mr. Thompson claims that he 'has sound reason to believe the individual buried in Crown Hill in Lot 94 Section 44 may have been misidentified as his uncle at the time of death and burial, and therefore seeks to disinter the remains in order to confirm his identity by forensic scientific examinations."

Cemetery attorneys have not responded to I-Team messages. On Friday afternoon, Thompson's attorney Andrea Simmons said that they are examining the motion to dismiss.

"We do not comment in the media," Simmons told the I-Team, "but will file a timely Reply brief."

The new cemetery motion for the first time also questions Thompson's motives, what he has called a "legitimate" and "good faith interest in confirming the identity" of the Depression-era criminal.

"The legitimacy of that interest is questionable" Crown Hill attorneys state. "It has been widely reported that disinterment is part of a documentary being shopped to various media networks," they said.

The History Channel (partially owned by Disney, that also owns ABC7 Chicago) was originally going to film the exhumation but has since pulled out of a deal with Thompson. No new media partner is known to be involved.

A state-approved exhumation date in September passed without any action, in part because of the lawsuit.

Indiana regulators have since authorized a new application filed by Thompson and exhumation is now permitted-at least by the state of Indiana-on December 31. However, Crown Hill's contention that such an exhumation would violate state law would have to be determined by Marion County Superior Court judge Timothy Oakes who is hearing the lawsuit.

The cemetery, that has previously said such an exhumation would disrupt peace and tranquility, upped the rhetorical ante in its motion to dismiss. According to the cemetery: "A final resting place is just that - final."