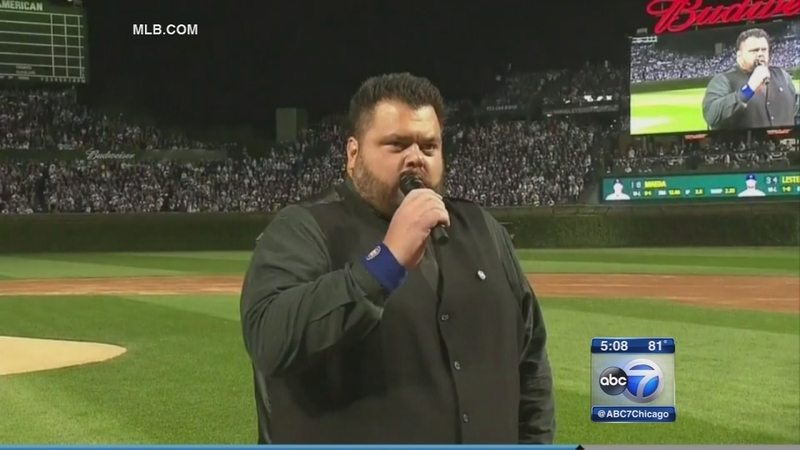 CHICAGO (WLS) -- A first-generation American who grew up on the city's South Side is getting the opportunity of the lifetime, singing the national anthem before some of the Cubs games.

John Vincent makes it look easy, even in front of 40,000 fans at Wrigley Field and millions more watching on television. But he has no formal training as a singer, and 15 years ago h was working as an accounting recruiter and singing only for his family.

"My sister goes, 'Johnny, you sound like Sinatra when you're singing in the car, why don't you try it? How am I going to do that? I'm 29 years old, what am I going to do? So I sent out cassettes back then," Vincent said.

One of those cassettes went to Mike Ditka and his wife, who hired them on the spot to sing at their namesake restaurant.

"When I first started singing I only knew six songs! I was singing the same six songs over and over again. It drove people crazy! The waitstaff hated me! People were like, 'Do you know any more songs?' I'm like, 'Nope!'" he said.

This year Vincent has performed the National Anthem at more than a dozen Cubs game, each time holding the word "Free" for a stunning amount at time. The longest he's ever held it is 23 seconds. Saturday night, he even earned a nod of respect from Cubs manager Joe Maddon.

"He goes to me, 'Johnny, that was your best one yet! You knocked it out of the park!'" Vincent said.