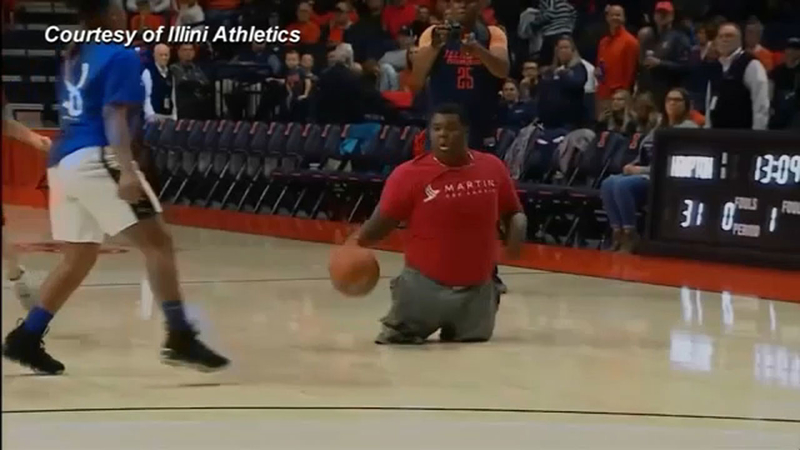 7th grader with no legs impresses with basketball skills

A 7th grader who lost his legs as a baby has become a social media phenomenon after he nailed a deep three-pointer at a televised basketball game.

Jojo Hayes lost both of his legs after contracting meningitis when he was 1 year old.

The University of Illinois recently introduced his skills to the world during a televised youth game.

More than 200,000 people on TV and across social media saw him show off his abilities.

When he lost his legs, doctors didn't think he would survive the procedure. Instead, he's thriving.

"I can use my hands," Jojo said. "I don't have legs, but I still don't let that stop me. So I'm guessing that basketball is really the sport for me."