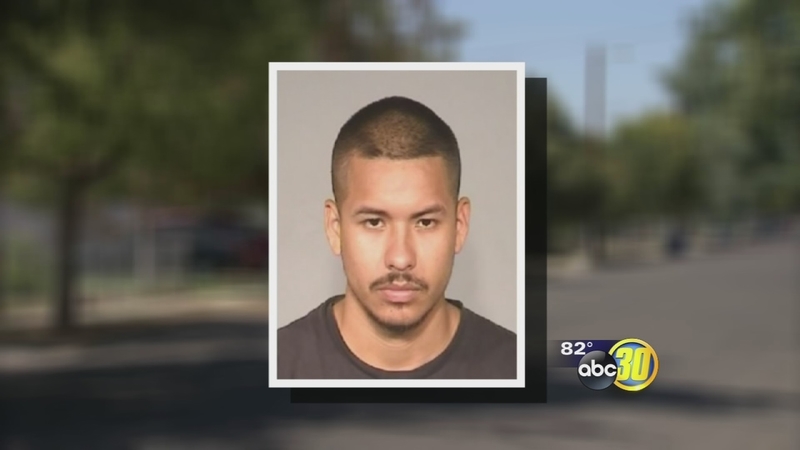 FRESNO, Calif. -- There's sense of relief for the Fresno family of an elderly army veteran killed by a hit-and-run driver.

On 9th street in Southeast Fresno is where a relative of 21-year-old Edgar Rueda called police to report him as the suspect in a deadly hit-and-run.

Lt. Joe Gomez with the Fresno Police Department said, "There's no place the guy could go unless he left Fresno, because anybody is going to report him, even his own family."

Several other relatives also called police to say Rueda was hiding his damaged pickup truck in their backyard. Fresno police say they found Rueda in a bathroom of the home where he was arrested early Thursday morning.

Lt. Gomez added, "He admitted to everything. He claimed he was not racing, but he indicated he was speeding up at the time."

Speeding on a stretch of Cedar Avenue near Floradora in Central Fresno Monday morning. That's when police say Rueda struck and killed 83-year-old Jose Rodriguez. The victim was crossing the street in his wheelchair. Based on skid marks left on Cedar Avenue -- police knew Rueda was speeding.

Lt. Gomez said, "It was clear he saw him, but just couldn't stop. Going way to fast at the time."

"Additional information on this, and not surprising, in early June he was on the Blackstone cruise and he was reckless driving there," explained Lt. Gomez. "Officers stopped him and towed that same vehicle. He was arrested and booked for reckless driving that same night also."

Rodriguez's family is still trying to raise money to have him buried in Arizona near his late wife. Rueda is facing three felony charges including vehicular manslaughter and hit-and-run.

#MORE: @FresnoPolice say Edgar Rueda tried to hide in a bathroom when they came to arrest him. Said he wasn't racing. pic.twitter.com/QoAvMWoi4b

#BREAKING: @FresnoPolice have arrested a suspect in the deadly hit&run from earlier this week. @ABC30 (1 of 2)

#BREAKING: The suspect has a pending reckless driving charge as well as a disorderly conduct conviction. @ABC30 (2 of 2)