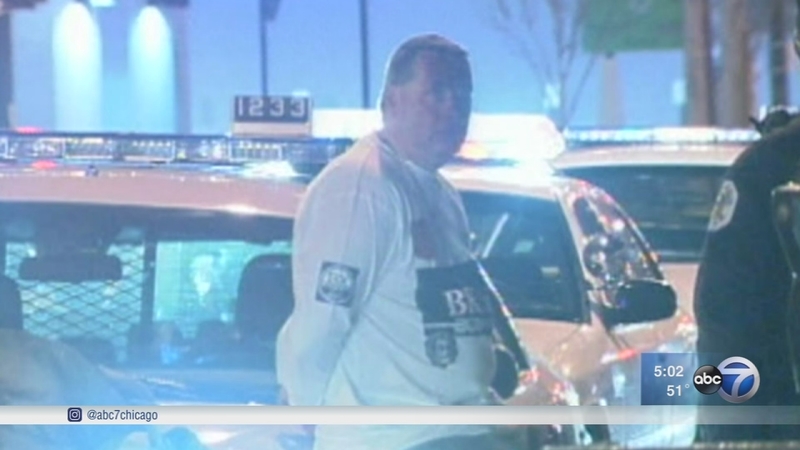 Joseph Frugoli pleaded guilty to charges of drunk driving that caused a fiery crash on the Dan Ryan that killed two men in 2009. Now, a civil case puts the city and the so-called police "code of silence" on trial.

During a speech two years ago, Mayor Rahm Emanuel acknowledged a long-standing code of silence within the police department. That speech has become evidence in a federal trial where the code is being blamed for protecting former cop Frugoli.

Besides a deadly DUI crash that put him in prison, Frugoli was involved in several other accidents. Before an off-duty Chicago homicide detective caused the fiery 2009 crash that killed two men, Frugoli said he drank over a dozen beers along with several shots.

Frugoli told a federal jury the last thing he remembers about the deadly accident was a "loud bang." The former cop is currently serving an 8-year prison sentence for aggravated DUI.

On Thursday, Frugoli was brought back to court as a witness in a lawsuit filed by the families of Andrew Cazares and Fausto Manzeras. The suit alleges the Chicago Police Department's code of silence led to the crash.

Frugoli admitted he is an alcoholic that would binge drink on several beer and Jagermeister shots up to three times a week. Prior to plowing his SUV into Cazares and Fausto's stalled car, Frugoli was involved in other accidents, but was never disciplined by the Chicago Police Department. Those other accidents included two crashes 24 hours apart in January 2008, where Frugoli was suspected of driving drunk. The first occurred when Frugoli's city-owned Crown Vic smashed into a concrete wall.

A few hours later, after spending six hours at a casino, Frugoli was driving home off-duty when he broadsided a Chicago police squad car, injuring the two officers inside. One of those injured was William Orsa, who testified Thursday that Frugoli was not given Breathlyzer or field sobriety tests or even questioned. Instead, Frugoli was driven home by a CPD sergeant.

City of Chicago attorneys deny Frugoli was protected by a Chicago Police Department code of silence. The jury trial is expected to last until next week.