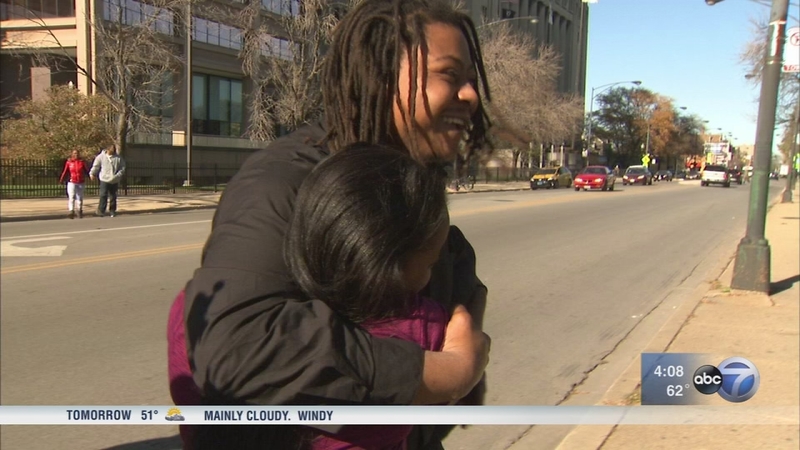 CHICAGO (WLS) -- Michael Beal, brother of Joshua Beal who was fatally shot by an off-duty police officer in Chicago's Mount Greenwood neighborhood, was released on bond Thursday after being charged with trying to disarm a police officer.

Michael, who is from Indianapolis, was arrested Saturday, Nov. 5, as his family left the funeral of a relative. His sister said he owns a mechanic business and is their grandmother's caretaker.

Chicago police said a road rage incident in Mount Greenwood between off-duty officers and the Beal family mourners escalated and guns were drawn. Joshua Beal allegedly fired at police and was shot and killed. Two officers are on administrative leave. The shooting set off protests in the Mount Greenwood neighborhood.

Michael was jailed with a $500,000 bail, accused of trying to grab the gun his brother dropped and choking a police officer. Bond was posted for Michael to be released Thursday.

"Just having him home is a big blessing," said his sister Cordney Boxley.

The family did not have the money to post bond, which is 10 percent of bail. They said someone anonymously donated the $50,000 Wednesday.

"The bail was set so high, half a million dollars was a ridiculous amount of bail to set," said Kofi Ademola, Black Lives Matter.

"After the loss of my brother, and having to see my other brother go to jail, and then finally walk out of jail... A few days feel like forever. And that's not something I want any family to have to go through," Boxley said.