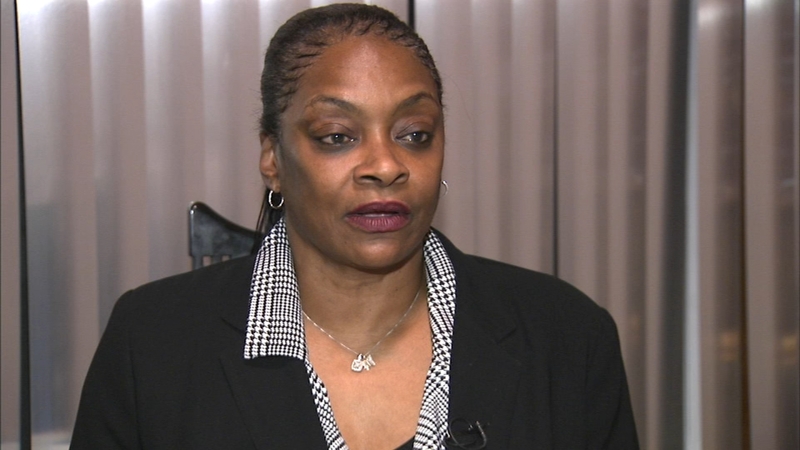 CHICAGO (WLS) -- Days before the deadly hospital shooting, Rhonda Barrett said she filed a complaint with the Equal Employment Opportunity commission claiming gunman Juan Lopez repeatedly harassed her while they both worked at the Chicago Housing Authority.

Even after his death she said Lopez still haunts her memories, thinking she could have been his target.

Barrett found out the identity of the Mercy Hospital shooter as she was driving.

"And I happened to look down and his face was staring back up at me and I just dropped the phone. I pulled over and I just started screaming," she said.

Barrett had worked with Lopez at the CHA until, she claims, he got her fired after falsely accusing her of sexual harassment. She said in fact it was Lopez who harassed her.

She said after she learned of his involvement in the shooting, she was shaken up.

"That really shook me up, it was like everything came back to me, all the different instances with him walking past my desk, that sinister look on his face, you know, it shook me to my soul," said Barrett.

The irony of Lopez being fired from the Chicago Fire Academy for accusations of verbal and physical abuse of women is not lost on Barrett. Now she is suing the CHA accusing her former employer of "willful negligence."

"How did he get in CHA with that background," she wondered.

When asked about the lawsuit, the CHA said in a statement: "CHA has not been served with the lawsuit and therefore cannot comment on it."

In the past, CHA officials told ABC 7 Lopez did not have a history of complaints while employed there.

However, Barrett said she has emails and text messages documenting her complaints against Lopez going as far back as July.