WLS
By Leah Hope and Eric Horng
CHICAGO (WLS) -- In a surprising decision, the judge in the Quintonio LeGrier wrongful death lawsuit rejected the jury's decision and awarded LeGrier's family and estate no damages.

Minutes before Judge Rena Marie Van Tine's decision, the jury ruled in favor of the LeGrier's parents and awarded them $1 million. The jury had also awarded LeGrier's estate $50,000 for his pain and suffering.

However, Judge Van Tine ruled that because the jury found that Chicago Police Officer Robert Rialmo was justified in his use of force in the shooting, the court could not award any damages. The family and estate will not receive any money.

The jury also found that Rialmo did suffer emotional distress but awarded him no damages.

The jury deliberated for three hours.

"I don't believe Officer Rialmo is a bad person necessarily. I think he just made a bad decision in the moment," said Dave Fitzsimmons, jury foreperson.

"The city won when clearly, we had proved our case," said LeGrier estate attorney Bill Foutris.

LeGrier's father said nothing as he left court.

"If he's justified in using deadly force, there are no damages. That is simply the law," said Joel Brodsky, Rialmo's attorney.

When Brodsky was asked if the jury was instructed that if they check "yes" on the question of whether the shooting was justified the LeGrier estate would get nothing.

In a statement released after the verdict was delivered, Rialmo said, "I am very pleased the jury ruled in my favor. I'm glad the truth came out and it's a big sigh of relief for myself and my family. That was a tragic night and I'll have to live with what happened for the rest of my life. I will always regret that I was forced to end the lives of two people, and even being justified does not change the fact that it was a tragedy for everyone, including the people of Chicago, who I only wanted to help and protect."

Rialmo shot and killed Quintonio LeGreier, 19, and his neighbor, Bettie Jones, while responding to a disturbance call in 2015.

Legrier's defense team was asking for up to $25 million in damages.

Rialmo alleges that Legrier swung a bat at him.

"Nobody saw him swing the bat," said Foutris. "His partner didn't see that."

Brian Gainer, an attorney hired by the City of Chicago, said that a person brandishing a bat is a threat.

"It's a life and death situation that happened in an instant. And in these situations people are going to see different things," Gainer said.

The final argument heard by the jury came from Foutris, who claimed that Rialmo concocted his accounts from various versions of events that lead to the shooting.

"All his stories are bunk," Foutris said. "Nonsense...at that distance, under those circumstances, he is not a threat." 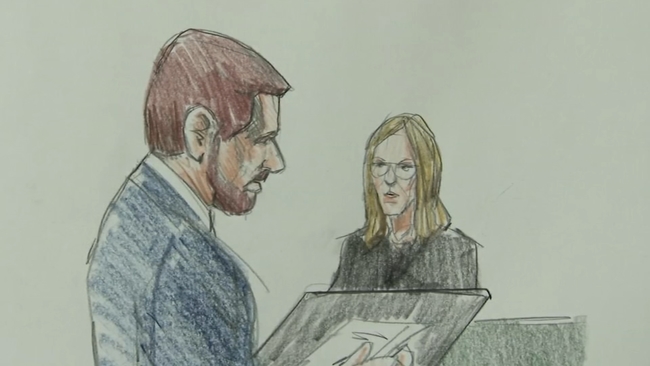 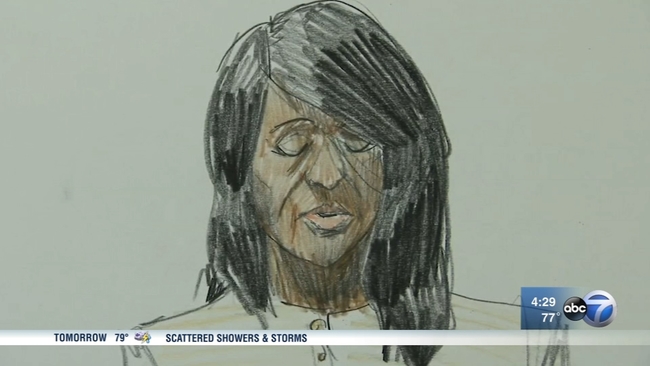 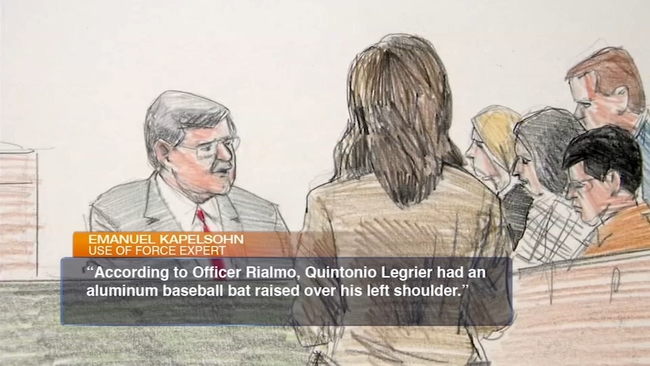 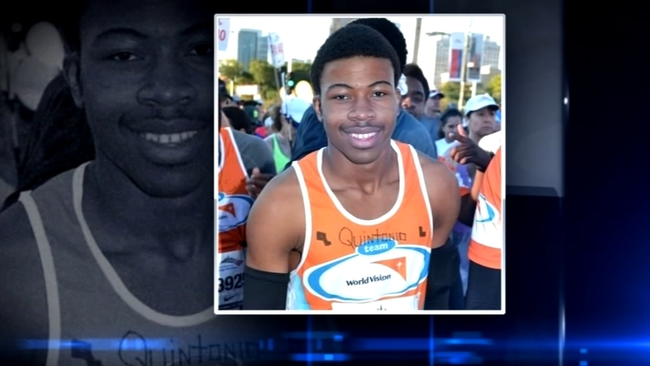