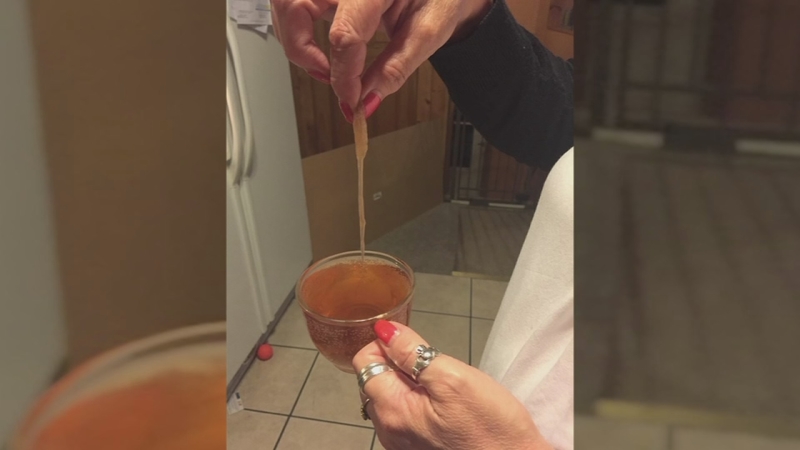 MONMOUTH, IL -- A juice company that prides itself on not using preservatives is now under fire after a mother posted a video online showing mold in her child's drink.

Nicole Kindhart tells ABC affiliate WQAD-TV that she usually buys good2grow non-preservative juice for her two-year-old daughter to drink. But her most recent purchase has her looking for another brand.

"I opened the juice and looked in there and Im like what is this, stuck my finger in there and pulled it out and there was gooey stuff all over," Kindhart said.

She believes it was mold.

"It's kind of the worst feeling you could feel as a parent, that I failed my daughter by ever giving her this juice," Kindhart told WQAD-TV.

Kindhart posted the video on her Facebook page and it quickly went viral. Hundreds of angry parents began posting on good2grow's Facebook page, prompting the company to issue a statement.


"Since we choose not to use preservatives in our drinks, it is possible for mold to grow in our package if the seal is damaged prior to consumption," the statement reads. "The only way to virtually eliminate the risk of mold would be by adding preservatives to the millions of bottles kids consume every year - and we strongly believe that would be the wrong thing to do for our children."