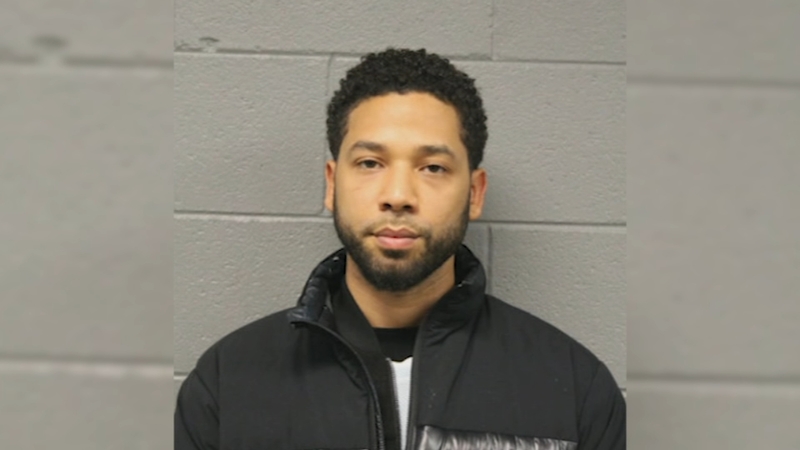 "In any criminal case, if you as a defendant are looking at a mountain of evidence and you don't have a viable defense, there's almost no reason to go to trial," said Soffer, a former Chicago federal prosecutor and partner at Katten Law. "Cut your losses. You enter a plea deal."

The scrum Smollett faced leaving Cook County's jail complex would just be the beginning of the unpleasantness if the case went to court.

"It's an ugly, protracted and very public process if you push a case all the way to trial. And if you think your odds of winning are very small, if that's the conclusion he and his lawyers make, then he should be entering a plea deal much sooner than later," Soffer said.

Typically in cases such as this, especially with a young celebrity defendant, the aim is to get out from under the problem quickly with a plea deal.

One common element of any false police report plea deal is restitution to cover the cost of the investigation.

"We have been working on this investigation for about three weeks," said Chicago police superintendent Eddie Johnson.

Smollett may face a huge bill from the city and FBI before this is over. Although no cost figures have been released, based on recent, but much smaller, cases of false police reports, the tab would be extensive.

In Lake County, Illinois, in 2015, a false police report prompted a five-hour search for suspects in the case of a police officer Joseph Gliniewicz who had been found dead. Kristin Kiefer, 32, was ordered to pay $20,000 to police agencies after admitting she was looking for attention.
Jussie Smollet's case used up even more police assets. Detectives interviewed more than 100 people, visited dozens of locations connected to the case and searched through scores of public and private cameras.

Johnson on Thursday put the responsibility for the hefty police bill squarely on the actor.

"It's because of what he did that we had to invest all of these resources," Johnson said.

Although expected to be a significant bottom line it will be at least next month before Chicago police are able to tally up all their costs from the Smollett case, the ABC7 I-Team has learned. "We still have a paper system and the detectives have not even submitted their overtime for this investigation so that will be reflective in the next pay" CPD spokesman Anthony Guglielmi told the I-Team on Thursday night. Guglielmi said police officials "should be able to get a rough idea of the expenditures. It will be a few weeks."