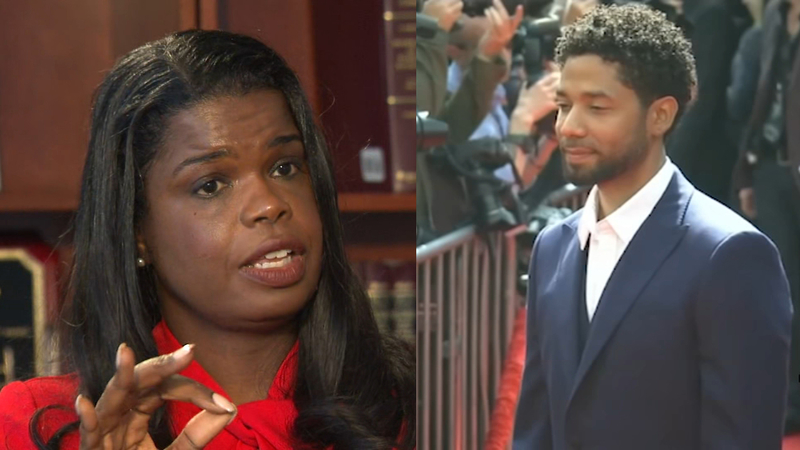 CHICAGO (WLS) -- When prosecutors dropped felony charges against "Empire" star Jussie Smollett, they suggested it was accomplished through a program offered to thousands of Cook County defendants each year. However, the ABC7 I-Team has determined Smollett's case had nothing to do with that alternative disposition program.

According to the transcript of Smollett's court appearance, there was never a mention of the special state law that allows for alternative dispositions for first-time offenders in fairly minor felony cases. Smollett's attorney said there was no mention of it because the charges were simply dropped by Cook County.

"This is consistent with what we do in alternative prosecution. And I think that is important because I don't think people understand what that is. In the last two years, we've had 5,700 people participate in some form of diversion program because we want to get to just outcomes," Cook County State's Attorney Kim Foxx said in an interview with ABC7 on Wednesday.

When charges were dismissed Tuesday, First Assistant State's Attorney Joe Magats, who handled the case after Foxx recused herself, said that he'd "call it an alternative disposition in that he agreed to do community service."

"He agreed to forfeit his bail, the remainder of his bond, to the city of Chicago. In return for him doing those things, we agreed to dismiss the indictment," Magats added.

The law prosecutors have said was in play for Smollett, known as the Offender Initiative Program, states that, "the court shall enter an order specifying that the proceedings shall be suspended while the defendant is participating in a Program of not less 12 months."

Smollett's community service lasted two days and was completed before his court date.
The law also requires a defendant make full restitution to the victim. In Smollett's case, the victim is the City of Chicago. Smollett's $10,000 in bond money that he agreed to forfeit to the city is a sliver of the more than $130,000 the city says he owes in restitution for the investigation that followed his claim of being a hate crime victim.

Patricia Brown Holmes, one of Smollett's attorneys, told the I-Team Thursday afternoon that the state law being invoked by authorities as a reason for the charges being dismissed is false. Holmes says there were no conditions to be met for his dismissal, other than forfeiture of bond.

The state's attorney's repeated comments that 5,700 people have participated in alternative prosecution under a special diversion plan since she took office are also in question. The prosecutor's own public data, inspected by the I-Team, shows that number is only about 3,600.

Late Thursday, officials sent a list of more than 6,000 cases that they claim the state's attorney's office referred for alternative prosecution under the Foxx administration after the I-Team found that the public portal data cited by the state's attorney's office didn't match their claims. An initial review of those cases by the I-Team shows some of them are resolved with guilty pleas. The I-Team is seeking further comment from the State's Attorney's Office.

Regardless, it now seems evident that Smollett wouldn't even make that list because there is no reason to believe he was cut loose under such an alternative sentencing program.