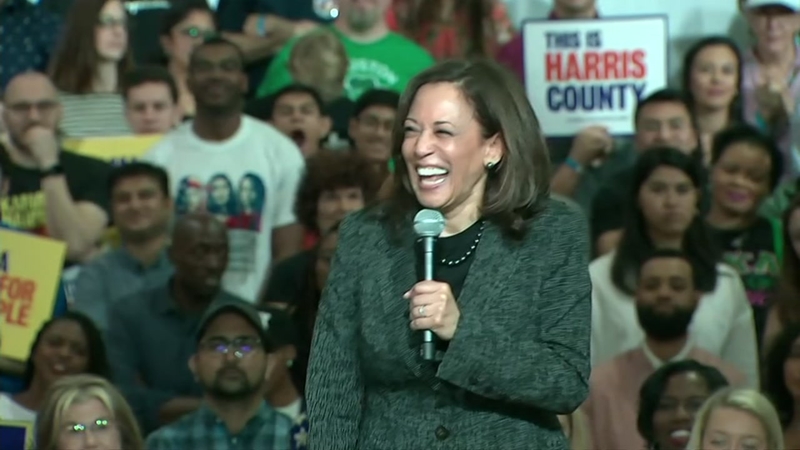 Democratic Presidential candidate Kamala Harris just released details of her plan to raise the average teacher pay by $13,500, the equivalent of a 23 percent increase in base pay.

Harris announced her plans on Saturday in Houston.

"So, I decided in Harris County today to unveil, to announce for the first time publicly an initiative in what I am proposing, which will be the largest federal investment in teacher salaries in the history of the United States," Harris said during her appearance at Texas Southern University.

Harris said she would use federal resources to close the pay gap between the average teacher salary and other college graduates.

According to the detailed plan she released on Tuesday, the Department of Education will work with education agencies to set a base salary goal for beginning teachers in each state. School districts and states will increase salaries until they meet the goal.

Harris proposes that the federal government will provide a base level of funding to each state, then incentivize those states that take advantage of the plan.

For every $1 a state contributes to increasing teacher pay, the government will invest $3 until the pay gap for teachers is entirely closed by the end of Harris' first term as president.

Harris also wants the federal government to support programs that will help with recruiting and training teachers and professional development, particularly at HBCUs.

"The federal government will make a multi-billion dollar investment in programs that help elevate the teaching profession and support principals and other school leaders. This includes high-quality teacher and principal residencies, early-career induction programs that pair new teachers with mentors and master teachers, career ladder models that allow for advancement opportunities for teacher leaders, and 'Grow Your Own' programs that help increase teacher diversity," the plan states.

Half of that funding will go toward programs at HBCUs and other Minority Serving Institutions (MSIs).

The plan will cost approximately $315 billion over 10 years.

Meanwhile, similar efforts are being made for the state of Texas.

A bill, sponsored by State Sen. Jane Nelson, proposes that every classroom teacher in the state get a $5,000 pay raise.

The bill cleared a Texas Senate committee in February in a unanimous 15-0 vote.

If passed, the legislation would cost $1.8 billion a year, according to the Texas State Teachers Association.