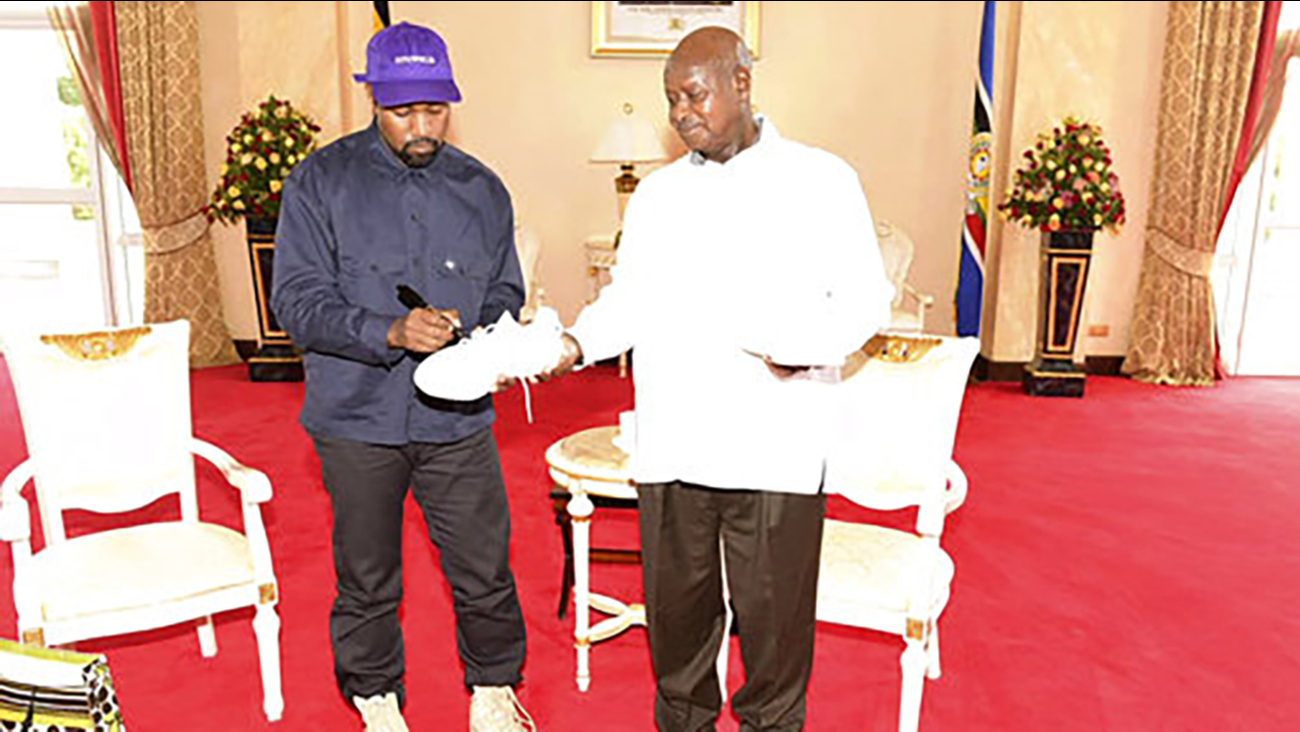 In this photo taken Monday, Oct. 15, 2018 Kanye West autographs a pair of his sneakers as a gift to Uganda's President Yoweri Museveni, right, at State House in Entebbe, Uganda. (Presidential Press Unit via AP)

KAMPALA, Uganda -- Kanye West handed Uganda's president a pair of his autographed sneakers during a visit to the East African nation in which the rapper is said to be recording music in a tent.

The couple has been vacationing in a national park while excited tourism officials see the visit as an endorsement of Uganda's tourism potential.

While the presidency released photos of a hoodie-wearing West meeting Museveni at the State House, some Ugandans wryly pointed out that the president cracked down on hoodies earlier this year, saying motorcycle riders could no longer wear them in a bid to fight rising crime.

Museveni, one of Africa's longest-serving leaders, has been at the center of unrest in recent weeks after a local pop star-turned-opposition lawmaker, Bobi Wine, alleged torture by security forces. The government denies it.