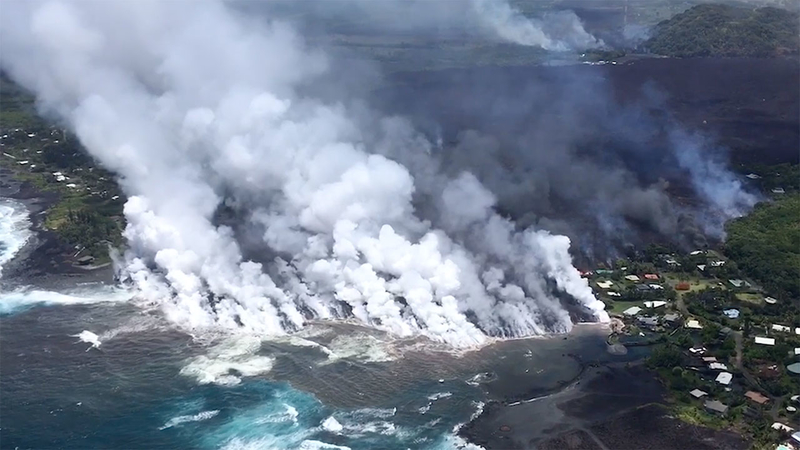 PAHOA, Hawaii -- The eruption of Hawaii's Kilauea volcano has sent so much lava flowing into nearby Kapoho Bay that the area is now completely filled.

The United States Geological Survey announced Tuesday morning that an aerial survey of the shallow bay on the Big Island's east coast confirmed it was completely filled. To date, the coastline has been extended 0.7 miles, and lava continues to fountain from fissure 8, the source of the flow.

There's no guarantee that the extended coastline won't be further altered; the USGS warned that the newly formed lava delta is unstable and easily eroded by the surf. In some instances, collapsing deltas can bring parts of the older sea cliff crashing into the water, too.