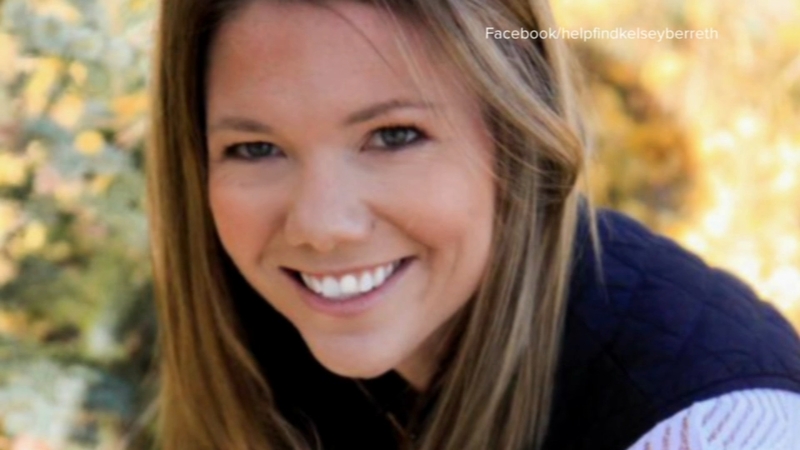 WOODLAND PARK, Colo. -- The search intensifies for a missing 29-year-old woman from Colorado.

Kelsey Berreth was last seen in a Woodland Park Safeway grocery store on November 22 with her daughter just before 12:30 p.m., but her family hadn't heard from her after that.

Police said the flight school where she worked as a pilot got a text message from her on November 25 saying she would miss the next week of work. Berreth's mother called police for a welfare check as well, but she wasn't at her home.

Woodland Park Police Chief Miles DeYoung confirmed Berreth's phone was last pinged by a cell tower near Gooding, Idaho, which is a rural town about 100 miles southeast of Boise and hundreds of miles from where she was last seen, that same day.

Berreth was officially reported missing shortly on December 2 by her mother, police said.

ABC News reported her fiancee Patrick Frazee told police he last saw her on Thanksgiving Day, when they exchanged their baby. The child remains with Frazee, police said. Frazee did not report her missing.

Police said the couple did not live together, despite sharing a child and that they have no record of domestic violence calls involving them. They said they are currently treating her disappearance as a missing persons case.

In a Facebook post, her brother Clint Berreth, said the only thing that was gone was her purse.

He said he doesn't think she was leaving town because her suitcases and makeup were untouched, and her vehicles were still at home.

Police said when they searched her two cars and residence they found cold, recently baked cinnamon rolls, according to ABC News.

The FBI has joined the search. Police said they do not have any official suspects at this point, and that there's no ongoing threat to the community.

Law enforcement in Idaho got the notification that she may be in the state, but it's not clear how they're assisting the investigation.