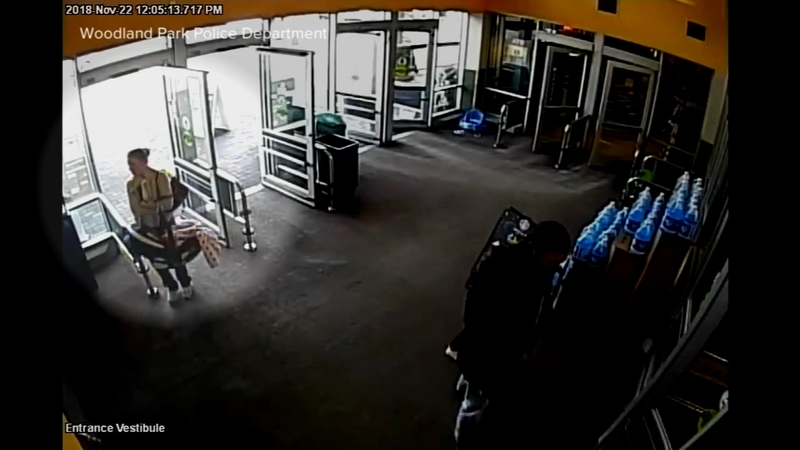 WOODLAND PARK, Colo. -- Family and friends are asking for the public's help in finding a 29-year old Colorado mother who mysteriously disappeared in late November -- days before she allegedly sent text messages from her phone.

Kelsey Berreth allegedly texted her fiance and employer three days after she was last seen. A week after that, she was reported missing.

Kelsey Berreth, the mother of a 1-year-old., was last seen at a supermarket near her home on Thanksgiving, and there are few clues in her disappearance.

Woodland Park Police began their search on December 2, when Berreth's mother, Cheryl, alerted them of her daughter's disappearance.

Berreth had been living near Woodland Park, Colorado since 2016, and worked as a flight instructor at Doss Aviation in Pueblo.

On November 22, she met her fiance, Patrick Frazee, to drop off their daughter. Police say surveillance video of Berreth shopping with her daughter that day at a Woodland Park supermarket was the last time she was seen.

Woodland Park Police Chief Miles De Young said at a press conference that Berreth's employers received a text from her phone on Sunday, November 25, stating that she would not be able to come to work that week.

That same day, Berreth's phone was tracked to a location near Gooding, Idaho, according to De Young, who said Berreth has family in the state. Gooding is roughly 800 miles northwest of Woodland Park.

Frazee also received a text from her on November 25. Police have not revealed what that message said.

Frazee's attorney, Jeremy Loew, released a statement Wednesday explaining how his client has participated in the investigation so far and why Frazee did not attend Monday's press conference.

"Patrick Frazee continues to cooperate with law enforcement in the missing person investigation of Kelsey Berreth. Mr. Frazee's cooperation includes interviews with law enforcement, voluntarily releasing his phone to be searched by law enforcement, buccal swaps, and photographs. Much has been said over the news and social media about Mr. Frazee's absence at the local new conference recently held by the Woodland Park Police Department on December 10, 2018. Mr. Frazee was firstnotified of the press conference approximately an hour prior to its commencement. Had he been given more advance notice, he would have participated. Mr. Frazee hopes and prays for Ms. Berreth's return. Mr. Frazee will continue to cooperate with law enforcement and continue to parent the child he shares with Ms. Berreth. He will not speak to the media about this case, as he does not want to impede law enforcement's investigation. All calls regarding this investigation should be directed to the Woodland Park Police Department and the Colorado Bureau of Investigations."

The shortage of public details about Berreth's disappearance have raised many questions on social media.

"She's not the kind that runs off," Cheryl Berreth said. "This is completely out of character. Kelsey loves her God, she loves her family and friends and she loves her job. She's reliable, considerate and honest."

Police said they haven't yet identified any suspects but added there is no threat to the surrounding community. De Young said the department is treating this as a missing person case and is asking the public for tips.