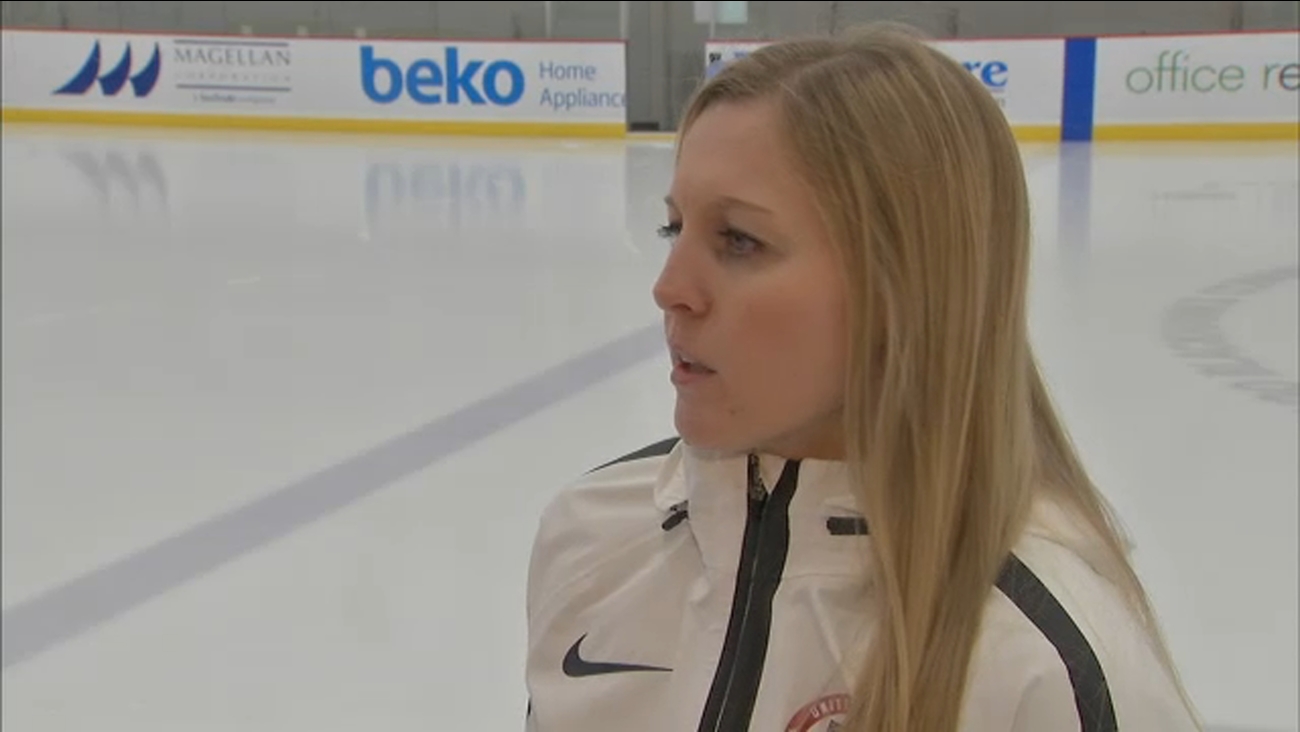 CHICAGO (WLS) -- When Kendall Coyne Schofield was growing up, she was the only girl in her community playing hockey because she wanted to be like her brothers. Twenty-three years later, she's making history becoming the first woman to compete in NHL All Star skills competition.

In just 14 seconds she changed the game with her record-breaking speed.

"Right before I got on that line in San Jose to skate, I thought to myself, I can't let down a bunch of girls and women in our world because I have one moment, one opportunity to prove to the world that we belong," Schofield said. "There's no falling, there's no stumbling, it's simply go time. So I was really happy that the skate went as well as it did and I saw the reactions because if i had fallen the reaction is i told ya so they don't belong."

Schofield is among her 23 teammates advocating for equality in the male-dominated world of hockey. At the 2018 Winter Olympics her team made headlines, beating Team Canada for the gold and showing the world what they were made of. But there's one underlying difference between the world of men's hockey and women's hockey, and that's the pay.

"We train really hard, a lot of times a little bit harder (than male hockey players) because a lot of time we're on our own," said Schofield. "We're hoping one day we'll have a sustainable pro league like the NHL so that we can compete, make a living and put a good product on the ice."

Schofield works with the Chicago Blackhawks to help bring awareness to the sport and get more kids on the ice with the First Stride program. The First Stride program allows Chicago Public Schools students a chance to take the ice, many for the first time. It is a follow-up program to G.O.A.L. (Get Out And Learn), which exposes children from across the city to the game via a floor hockey clinic at their school.