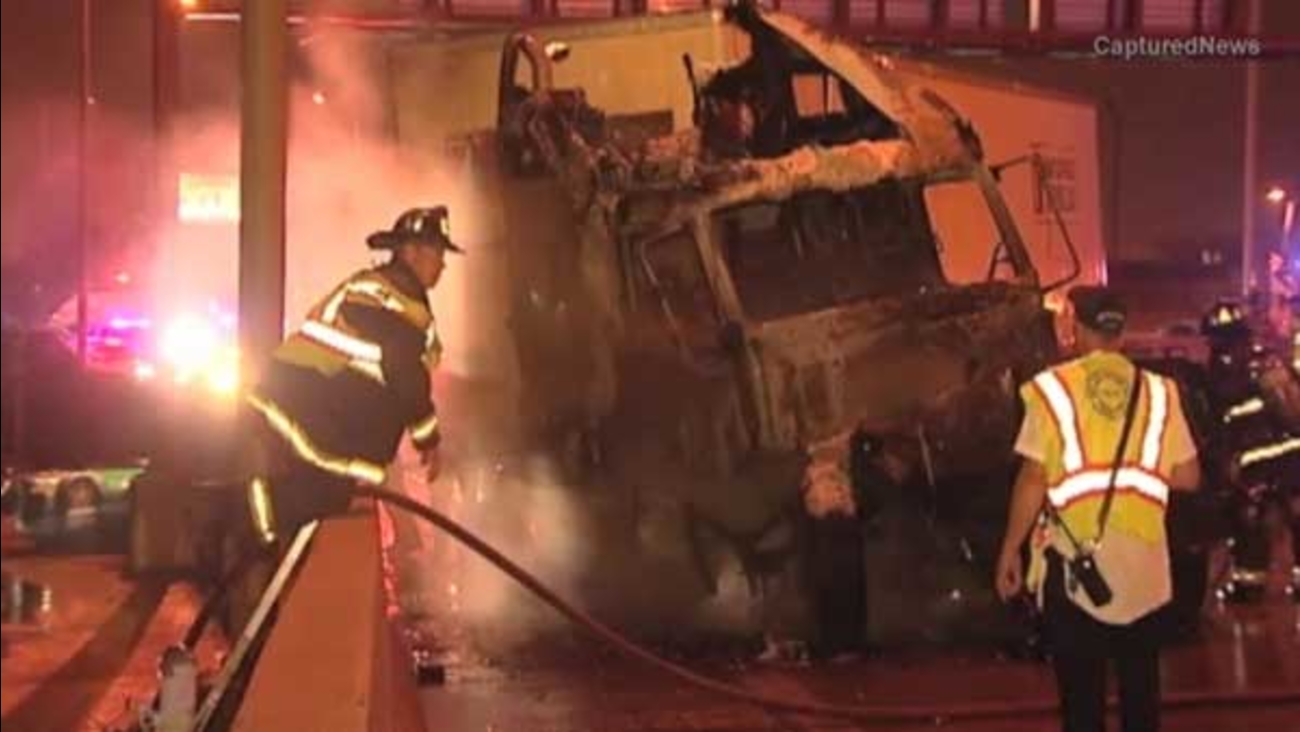 CHICAGO (WLS) -- All local lanes on the inbound Kennedy Expressway re-opened after a semi crashed into a wall and caught fire between North Avenue and Division Street. The Division exit remains closed.

Drivers saw major delays on inbound I-90 around 4:30 a.m. Wednesday. The crash shut down all local lanes ahead of the morning rush.

But Illinois State Police were able to re-open all lanes after about an hour of clean-up. Chicago Fire Department and Chicago Police Department crews also responded to the scene.

State police said due to the amount of debris and oil on the road, the Division exit could remain closed for a couple hours while they clear the road and investigate the crash.